Home > Back to Search Results > Much on the war from the Confederacy...
Click image to enlarge 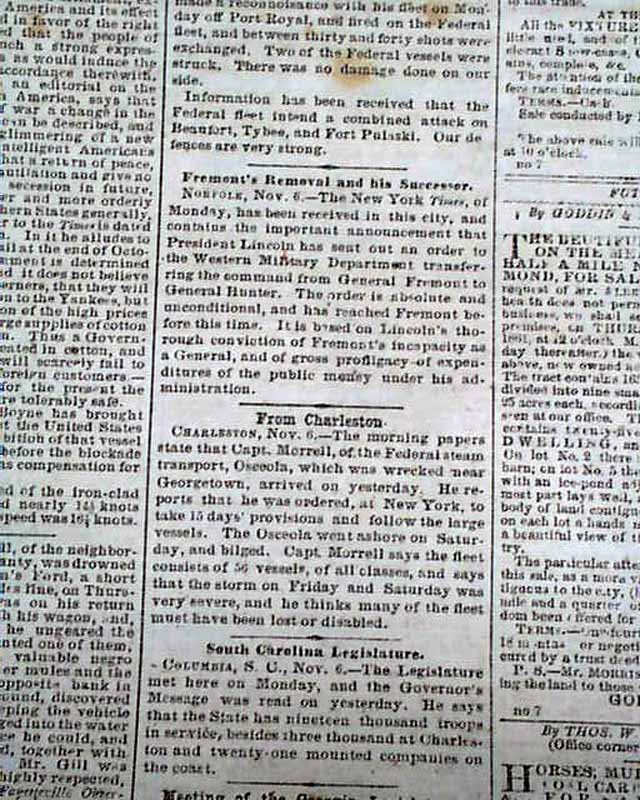 Much on the war from the Confederacy...

A very nice & successful newspaper from the capital of the Confederacy. The front page includes: "Southern Politics in Europe" "The Great Kentucky Conspiracy--Startling Revelations--The Hypocrisy of the United Leaders Exposed..." with various related documents on this case. Also: "By the President--A Proclamation" for a day of fasting, humiliation, and prayer, signed in type by: Jefferson Davis.
Inside pages have a great wealth of war reporting including: "From Camp Cooper" "The Situation of Affairs in Alexandria..." "From Camp Bartow" "The Gallant Dead" "Later From Pensacola" "Affairs At The South--News from the Federal Fleet--How to Win Battles--A Terrible Regiment" "The Engagement at Port Royal--The Purpose of the Federal Fleet" "Fremont's Removal & his Successor" "From Charleston" and more.
The back page is almost entirely taken up with ads as well as "Military Notices" & "Military Goods". Four pages, never bound nor trimmed, a few minor creases, generally nice condition.