Home > Back to Search Results > Howe's Proclamation... The trouble with war...
Click image to enlarge 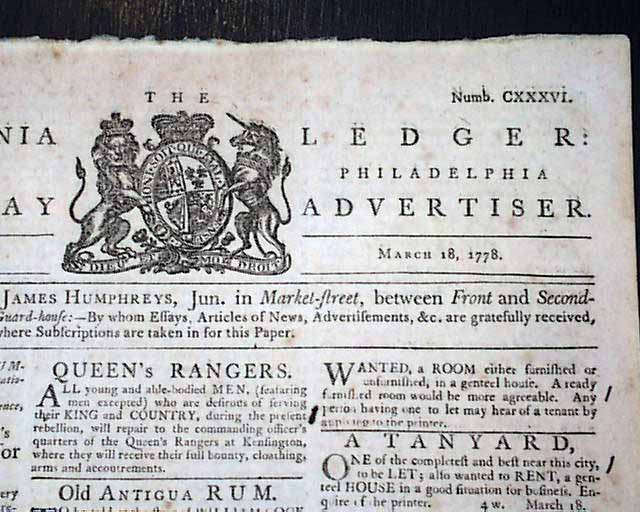 Howe's Proclamation... The trouble with war...

This was a strongly Tory newspaper which began in 1775 and closed shop in May of 1778 when the British evacuated Philadelphia. The first column of the front page has a "Proclamation" issued by General Howe that includes in part: "It being necessary, that a plentiful supply of...fresh provisions...be provided for the use of his Majesty's army...and the inhabitants of...Philadelphia...I... encourage his Majesty's faithful subjects...to exert themselves in raising the... supplies to issue this Proclamation, assuring them of all possible protection..." & more, signed in type: W Howe.
Most of page 2 is taken up with a lengthy letter signed "Pacificus" which begins: "The congress have undertaken the weighty task of waging war with Great Britain. War is rather an expensive amusement..." with much, much more great content, one bit including: "...that the case is not fairly stated; for though General Howe is at present in possession of Philadelphia, the Congress undoubtedly go upon the supposition of retaking it..." and so much more. Page 3 has an item from Newark that: "...the inhabitants of that place...having received notice to remove from thence, many families were already retired with their effects back to the mountains...immediate constructing of barracks for accommodating a very large body of troops...". Also a report that: "...the Congress are building 300 boats at Provence's Ferry on the Monongahela...a few miles above Fort Pitt..." with more on this.
Four pages, nice Royal coat-of-arms in the masthead, some water staining to the bottom portion, generally good condition. Various numeric notations near ads as this was the editor's copy. 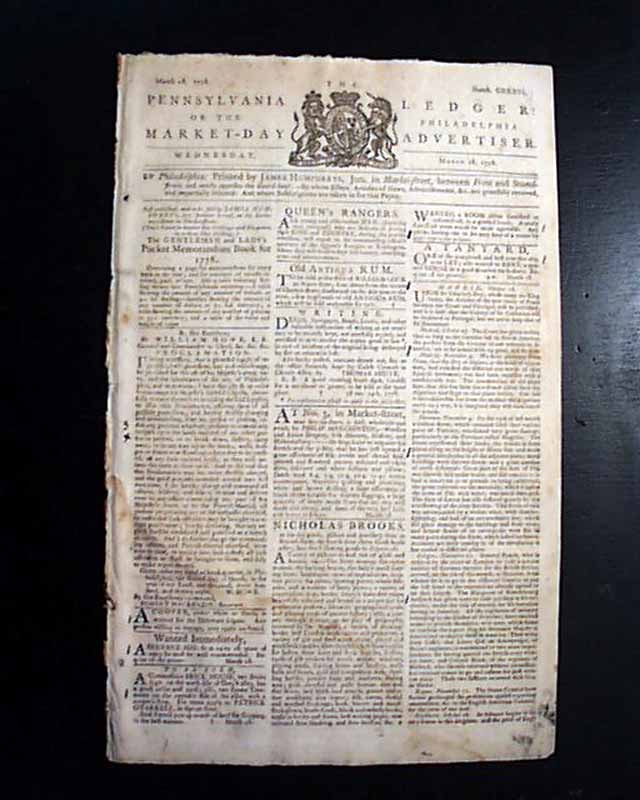 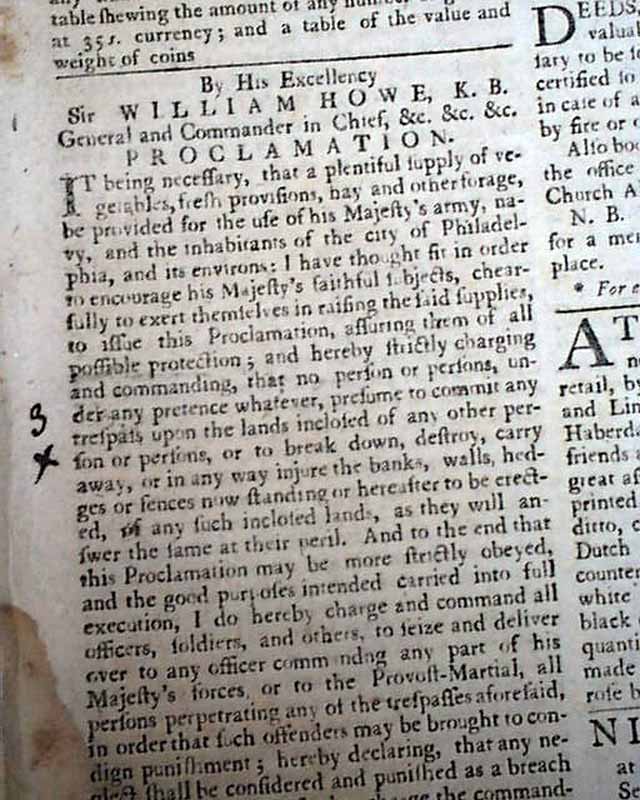 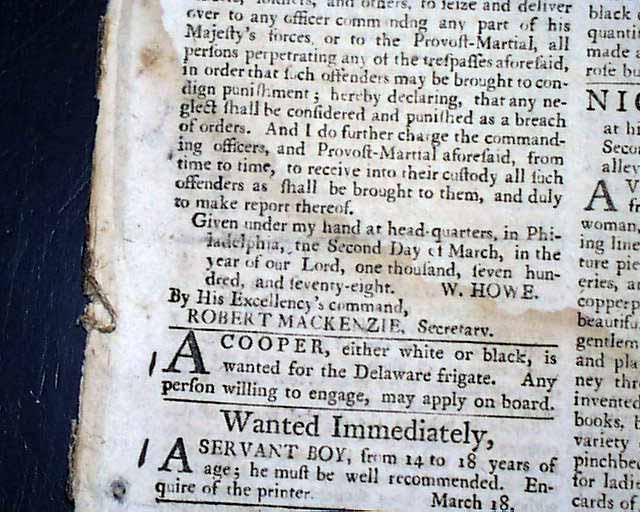 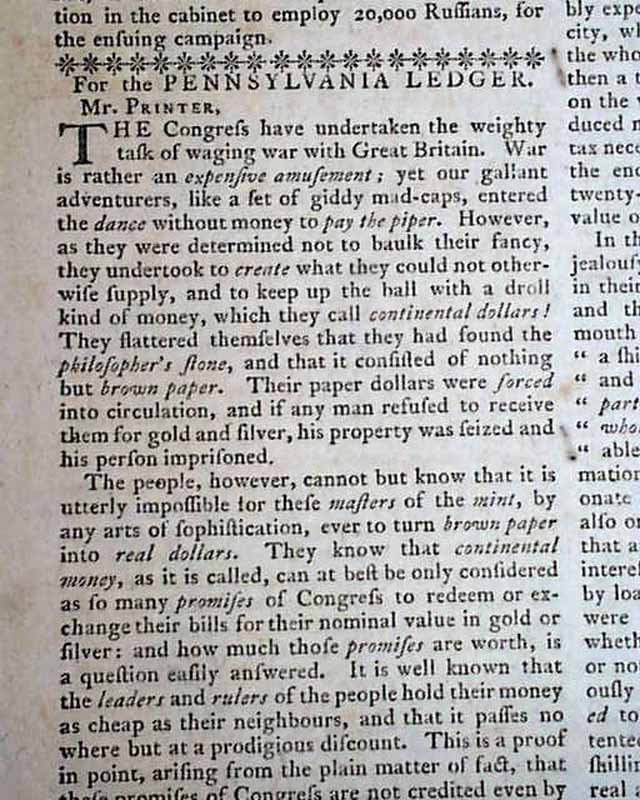 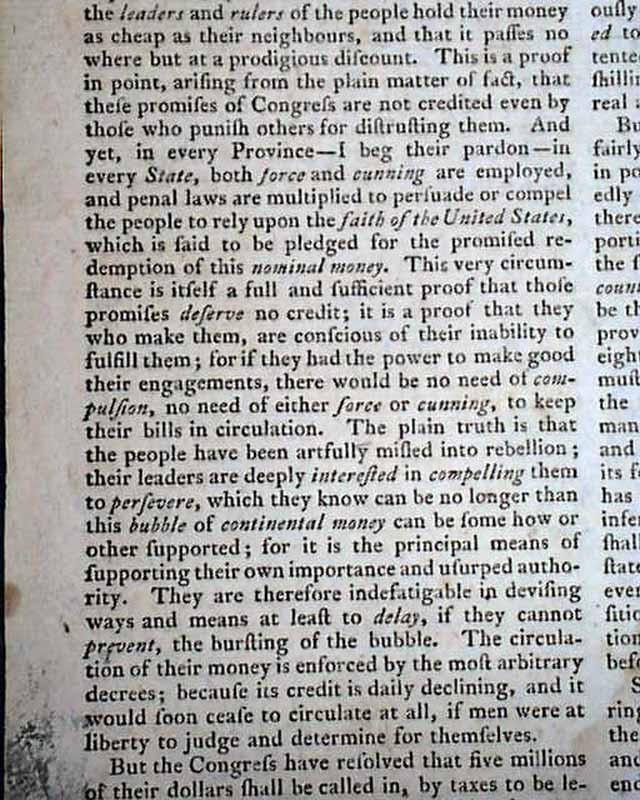 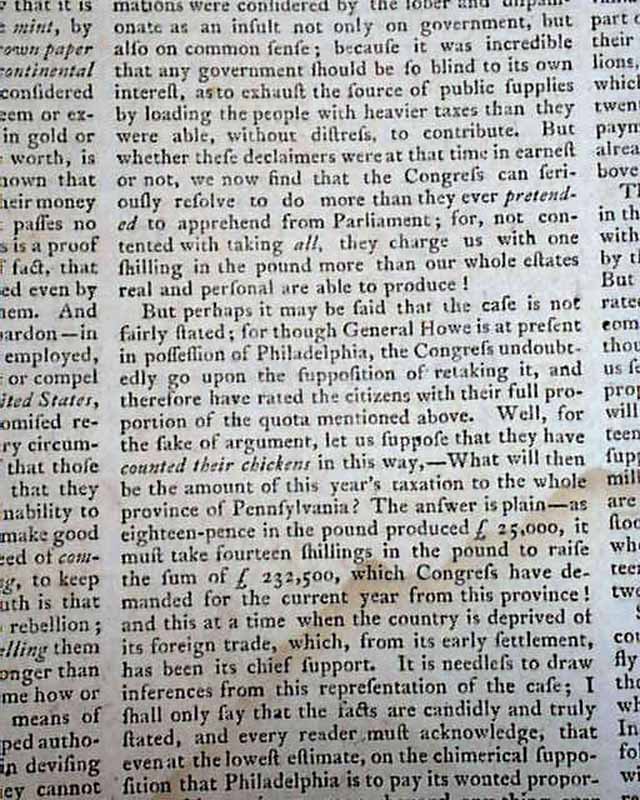 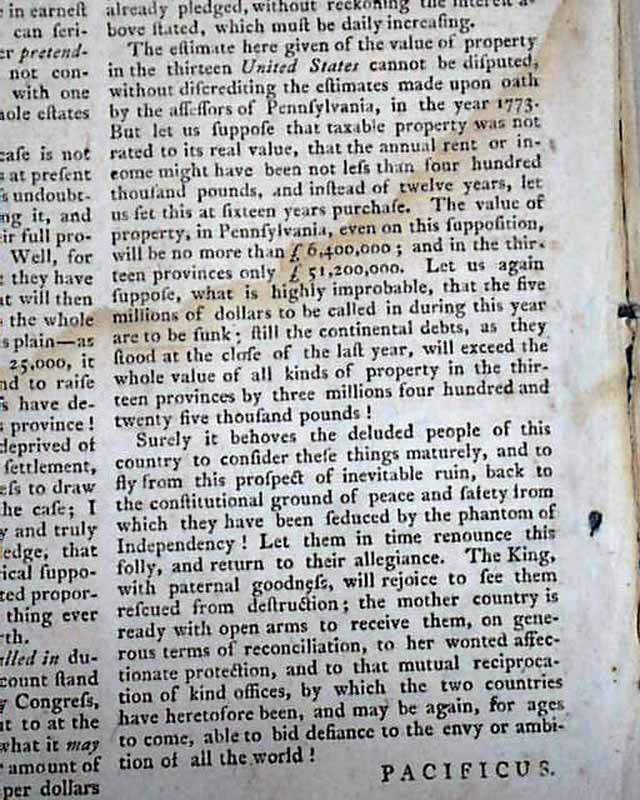 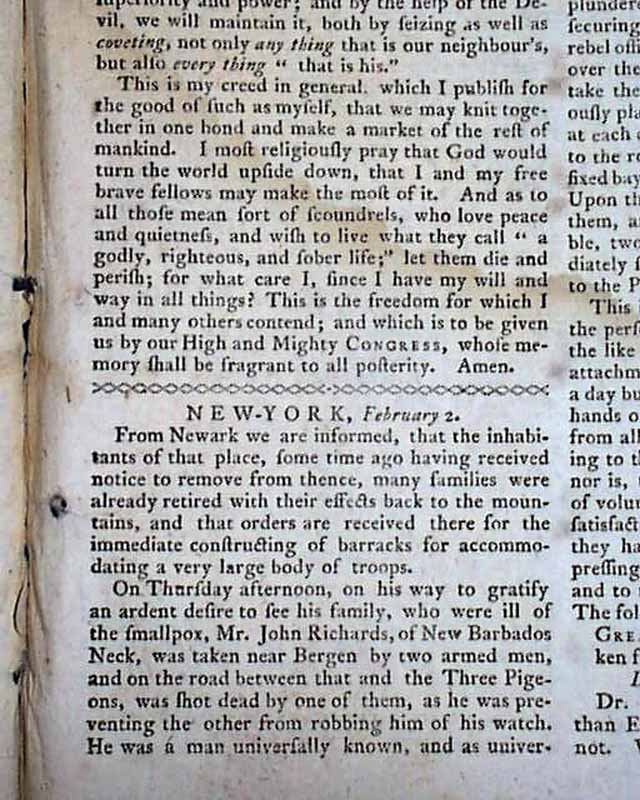 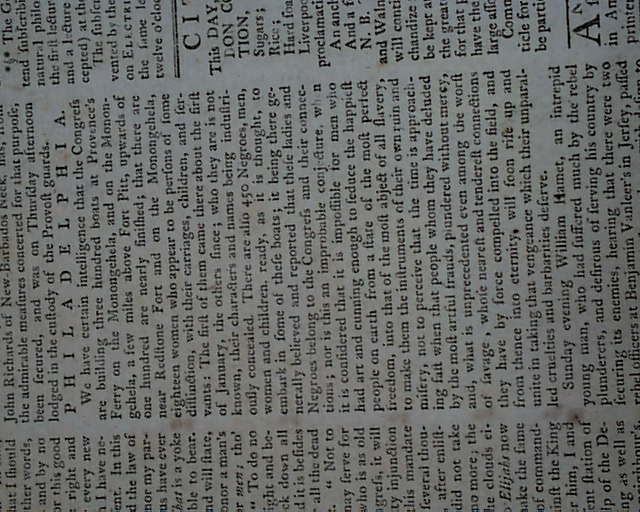