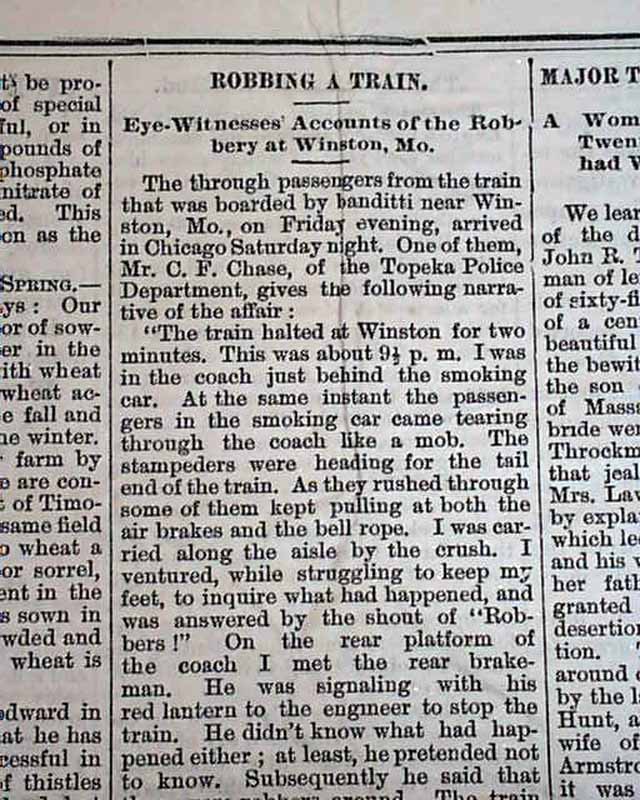 Page 2 has a report noting: "A gang of outlaws, supposed to be the James gang, on Friday night captured a train on the Chicago, Rock Island and Pacific road...robbed the conductor & a passenger..." and a bit more (see). The next page has a much more detailed account of the event, taking three-quarters of a column & headed: "Robbing A Train" "Eye-Witnesses Accounts of the Robbery at Winston, Mo.". This was one of more famous of the James-Younger Gang robberies.
Eight pages, some wear at a front page fold, 12 3/4 by 19 1/2 inches, nice condition.