Home > O. J. Simpson's days with Buffalo are over....
Click image to enlarge 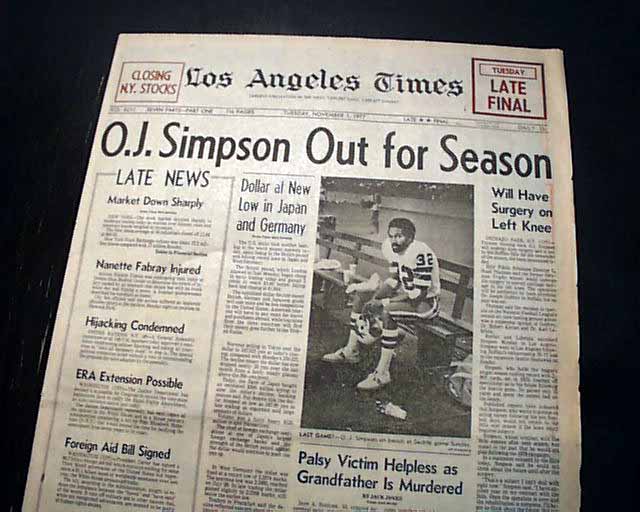 The front page has a nice banner headline: "O.J. Simpson Out for Season" with subhead: "Will Have Surgery on Left Knee" and photo. (see) First report coverage on what would be the end of O. J. Simpson's playing days for the Buffalo Bills. He would be traded to the 49ers that following season and never would regain prominence. Unusual for such a nice headline on the front page regarding a sport's theme. And ironic to have from the city where he would be charged with murder many years later. Nice for display.
Complete 1st section only with all 22 pages, nice condition.