Home > Back to Search Results > Reports from the beginning weeks of World War I...
Click image to enlarge 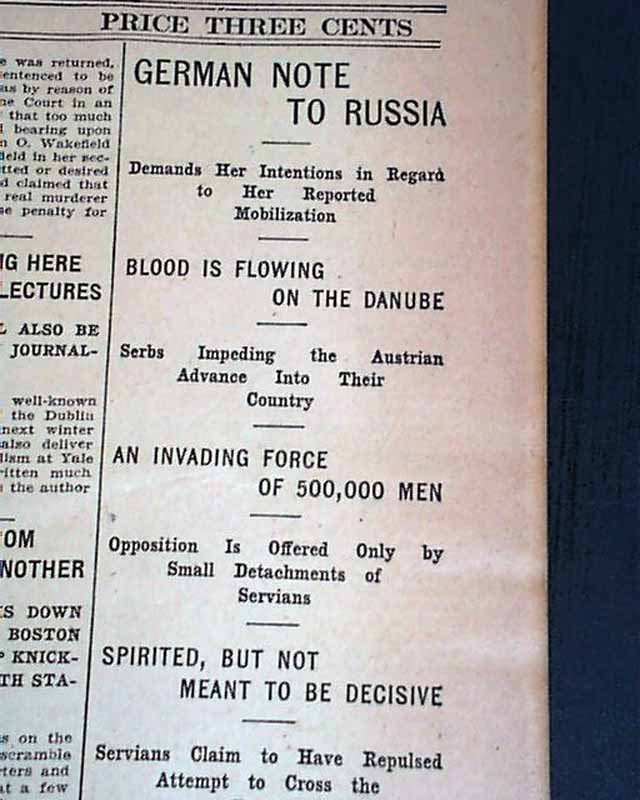 Reports from the beginning weeks of World War I...


BOSTON EVENING TRANSCRIPT, July 30, 1914  The last column on the ftpg. has a nice stack of headlines on the very early weeks of what would become World War I, including: "GERMAN NOTE TO RUSSIA" "Demands Her Intentions in Regard to Her Reported Mobilization" "Blood Is Flowing on the Danube" "Serbs Impeding the Austrian Advance Into Their County" "An Invading Force of 500,000 Men" "Servians Claim to Have Repulsed Attempt to Cross the Danube"  "Europe Arming For A General War" and more.
Complete in 12 pages, irregular at the spine margin from disbinding, minor chipping at the margins.