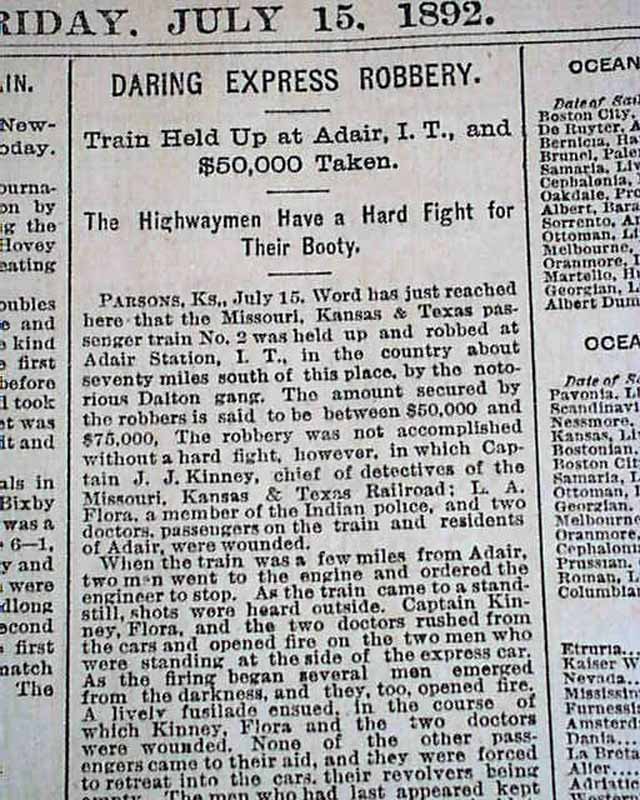 The back page has a nice article headed: "DARING EXPRESS ROBBERY" "Train Held Up at Adair, I.T., and $50,000 Taken" "The Highwaymen Have a Hard Fight for Their Booty" with the dateline from Parsons, Kansas. The photos show the entire report, which contains some nice detail, somewhat more than is commonly found.
On July 14 the Dalton Gang made its last train robbery at Adair, Indian Territory. They made such quick & quiet work that the deputies--where were on the train--didn't realize it was being robbed until the job was nearly completed. The robbery was followed by a fierce but brief gun battle with the bandits, during which an innocent bystander was killed. The Dalton Gang escaped unharmed with an undisclosed amount of cash.
Eight pages, irregular at the blank spine, generally nice. Should be handeld with care.