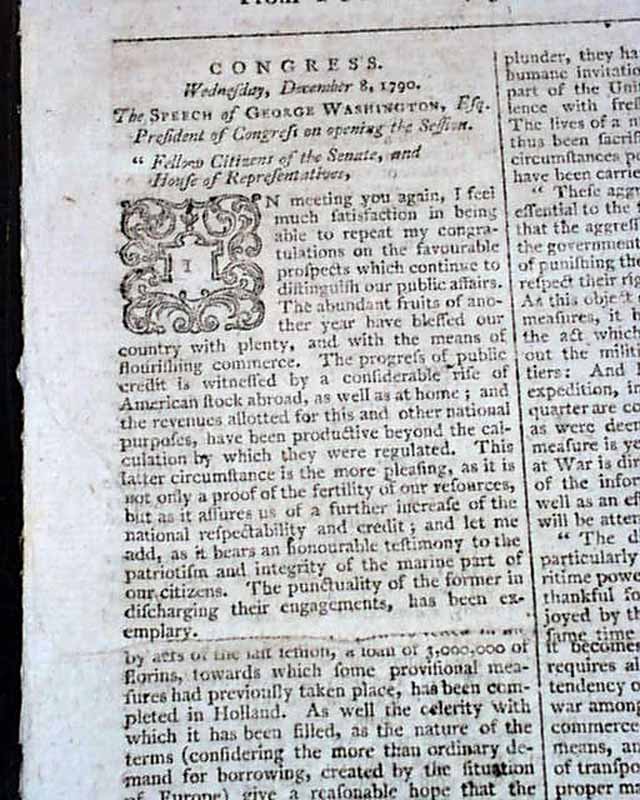 Most of the front page is taken up with Washington's second state-of-the-union address to Congress, headed: "Congress, Wednesday, December 8, 1790. The Speech of George Washington, Esq. President of Congress on Opening the Session..." followed by the complete text of Washington's address--only the 2nd annual state-of-the-union address to be given. Washington talks about a wide range of issues of importance to the newly-formed government. The address is signed in type: George Washington.
Near the back is a letter from Philadelphia beginning: "Ever since the election of General Washington to be President of the United States, trade has been exceedingly brisk here..." with particulars. It also mentions: "Congress are to sit here in a few days...House rents are very high...Since May last, no less than 500 houses have been founded...Though Congress have only fixed their residence here for ten years, yet 100,000 dollars have been voted by the citizens to erect an elegant & commodious hall for their sittings..." and even more.
Eight pages, 8 1/2 by 11 1/2 inches, nice condition.