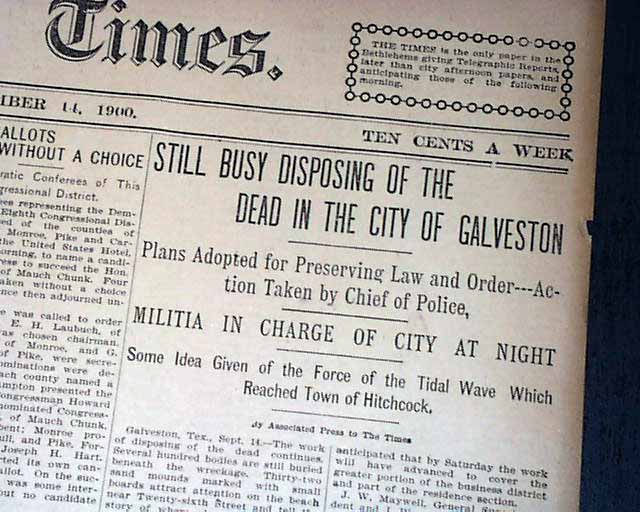 * STILL BUSY DISPOSING OF THE DEAD IN THE CITY OF GALVESTON
* Some Idea Given of the Force of the Tidal Wave Which Reached Town of Hitchcock
* MILITIA IN CHARGE OF CITY AT NIGHT
and more. (see photos). Many details described as the whole scope of the disaster was unfolding. 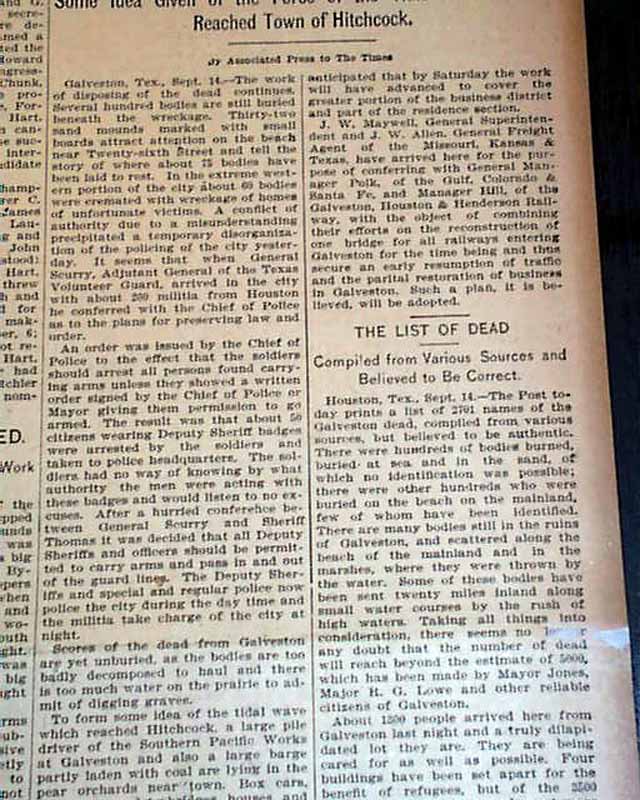 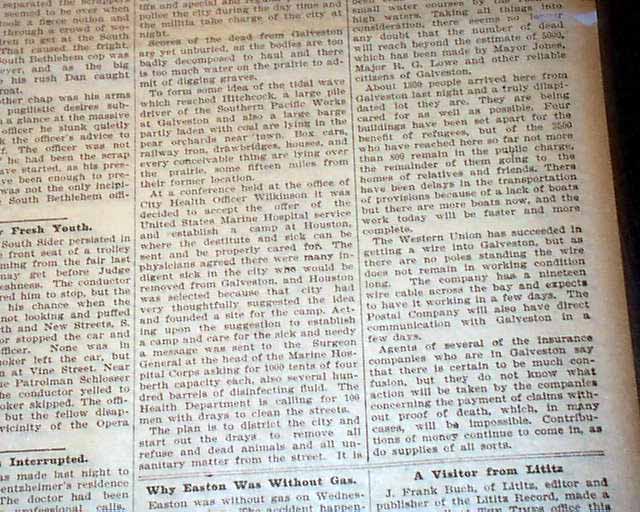 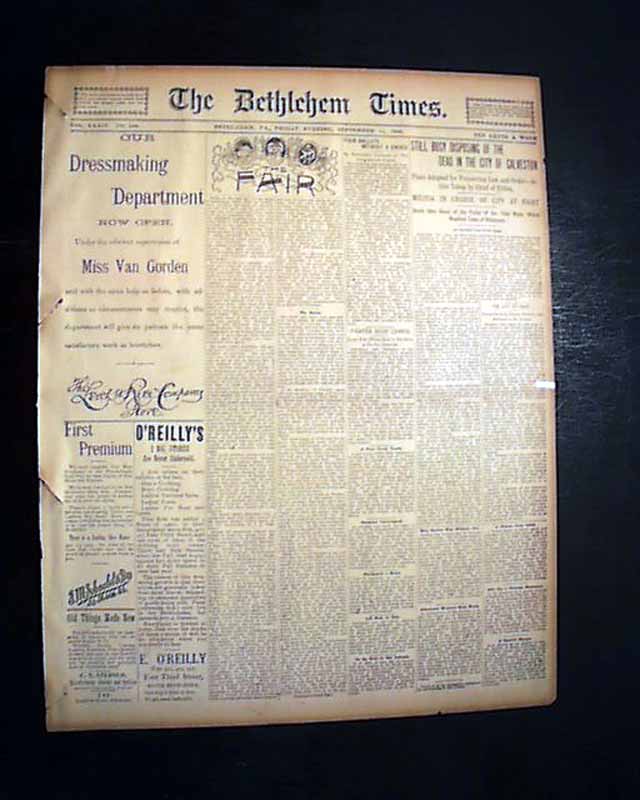