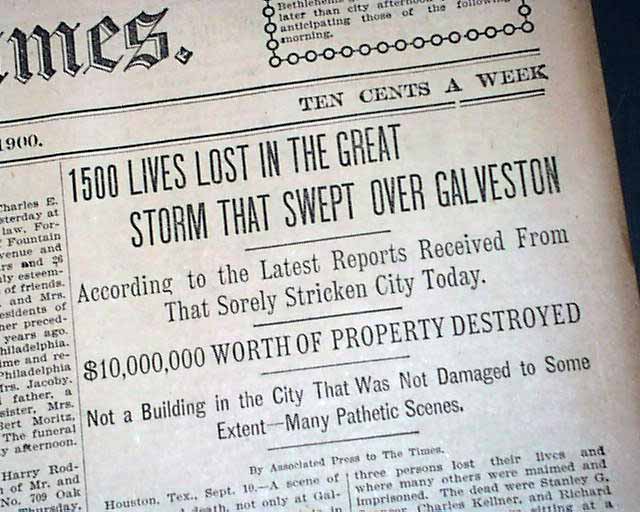 This 8 page newspaper has two column headlines on front page that include:

* 1500 LIVES LOST IN THE GREAT STORM THAT SWEPT OVER GALVESTON
* According to the Latest Reports Received from that Sorely Stricken City
* $10,000,000 WORTH OF PROPERTY DESTROYED

and more. (see photos). This was the 1st report on the disaster before the whole scope of it all was known.