Home > Back to Search Results > Lou Gehrig learns he has ALS, ending his stellar career...
Click image to enlarge 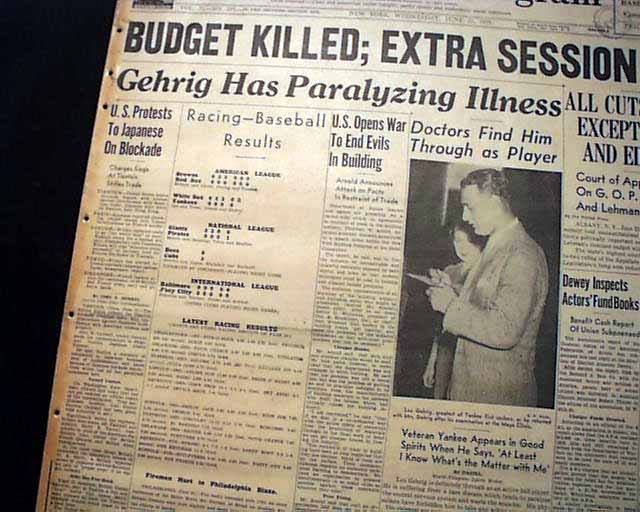 Lou Gehrig learns he has ALS, ending his stellar career...

The front pages has a six column headline announcing: "Gehrig Has Paralyzing Illness" as well as a photo of him headed: "Doctors Find Him Through as Player" and "Veteran Yankee Appears in Good Spirits When He Says, 'At Least I Know What's the Matter With Me' ". The photo is captioned: "Lou Gehrig, greatest of Yankee first sackers, as he returned with Mrs. Gehrig after his examination at the Mayo Clinic."
The article begins: "Lou Gehrig is definitely through as an active ball player. He is suffering from a rare disease which tends to paralyze the central nervous system and waste the muscles...".
The article carries over to the sports page where there is another article: "Gehrig Through, Has Chronic Infantile Paralysis" and related subheads.
Terrific to have this very notable report in a New York City newspaper, and the report on the front page as well (N.Y. Times report is a day later and on page 26).
Complete in 52 pages, small library stamp in the masthead, small binding holes at the blank spine, great condition. 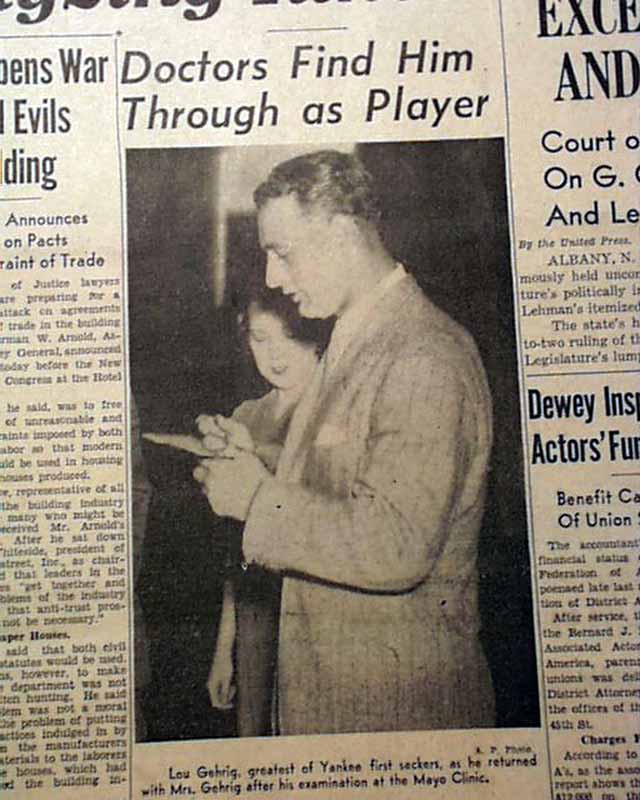 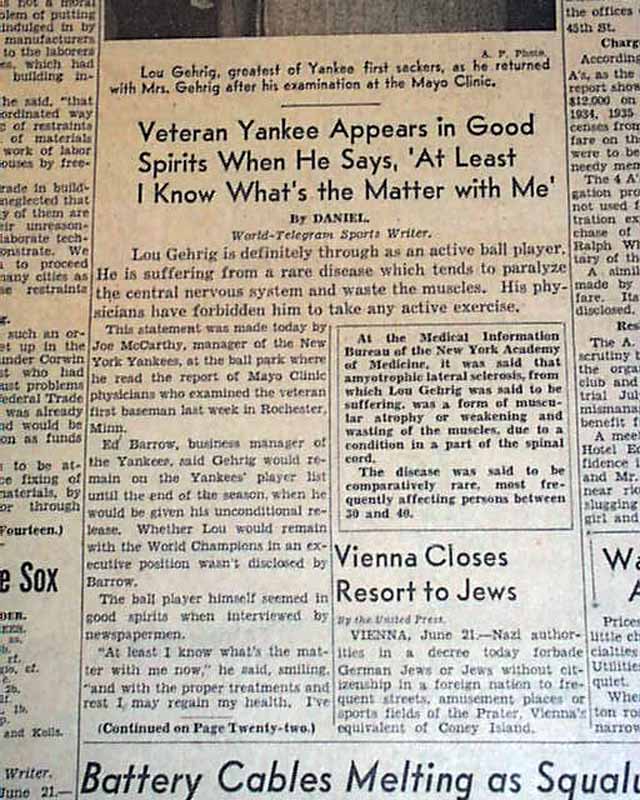 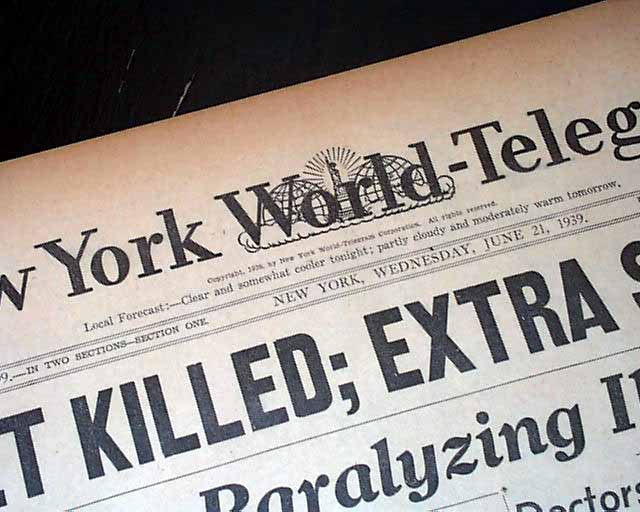 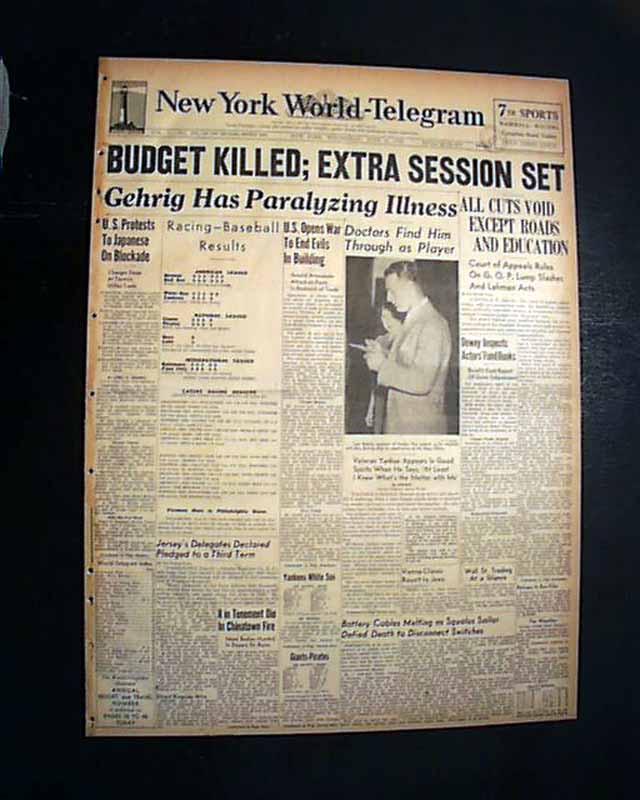 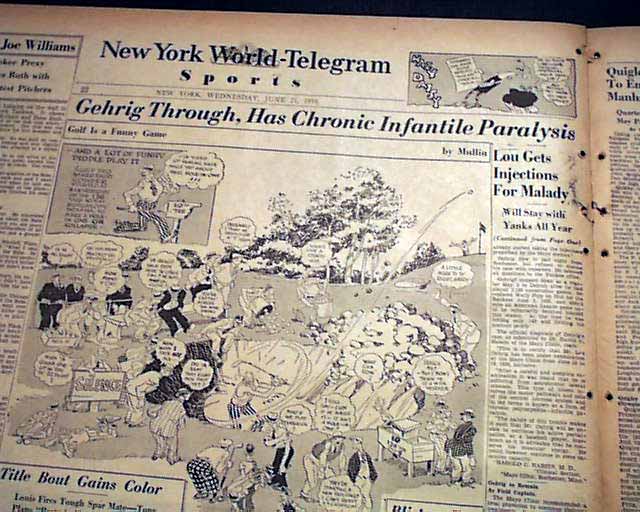 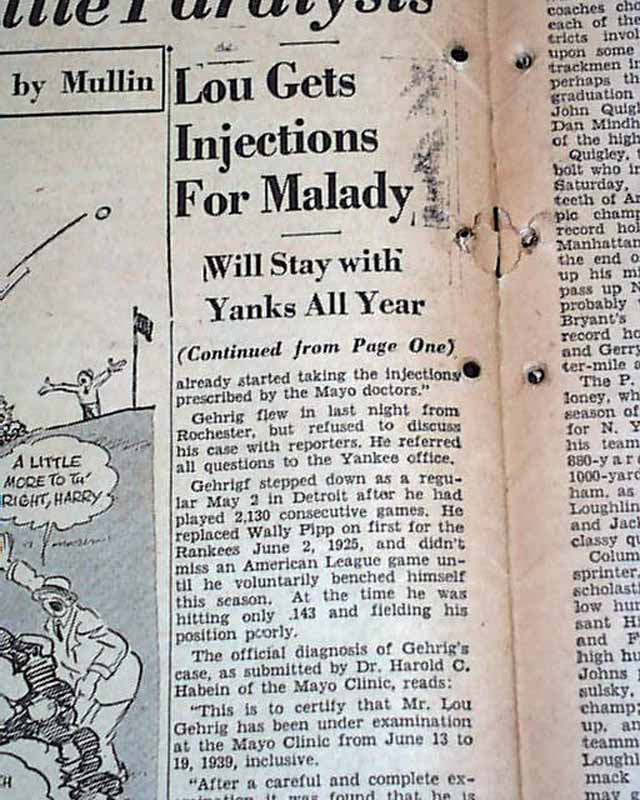 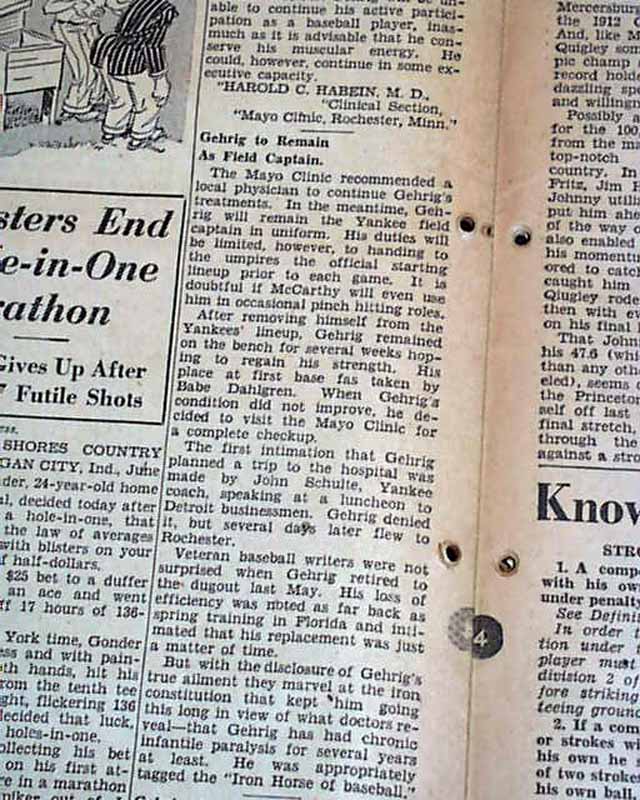 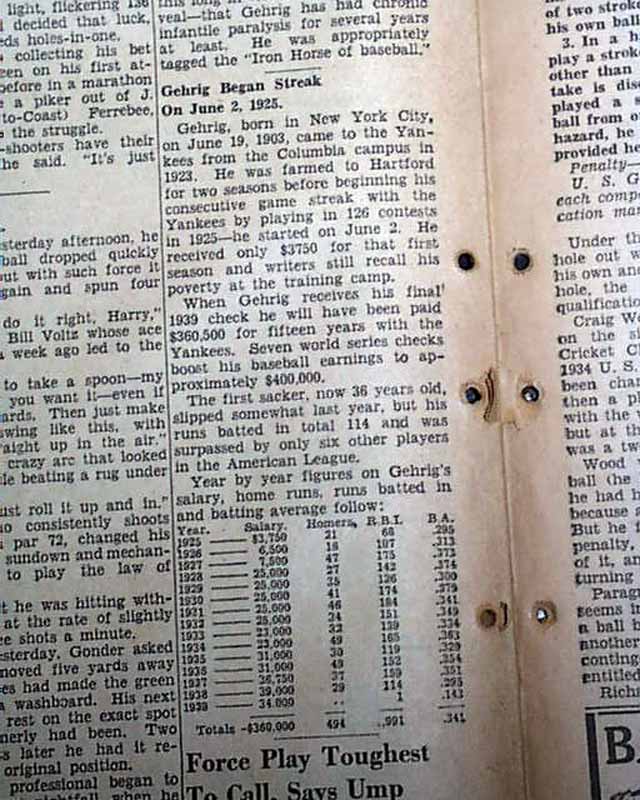 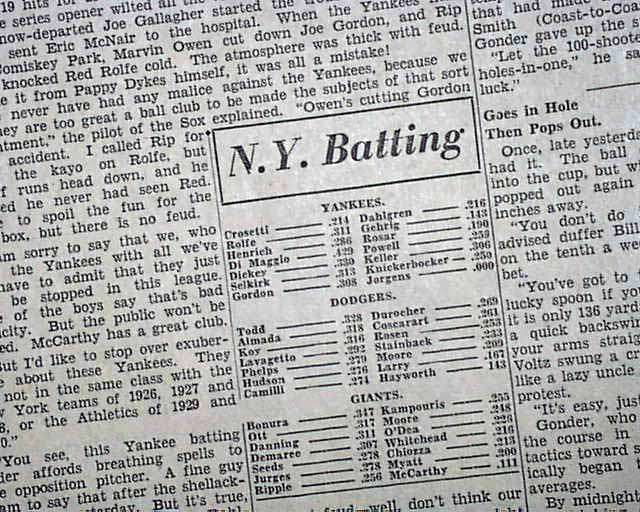