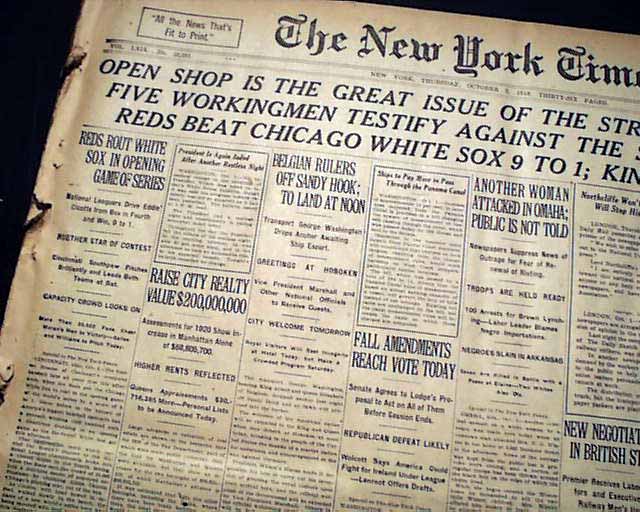 A terrific opportunity for not just the final game, but detailed coverage of the entire 1919 World Series.
The set of  nine issues are still bound together, disbound from a volume, with some irregularity at the spine. Pages are generally very nice & clean condition. A beautiful set.