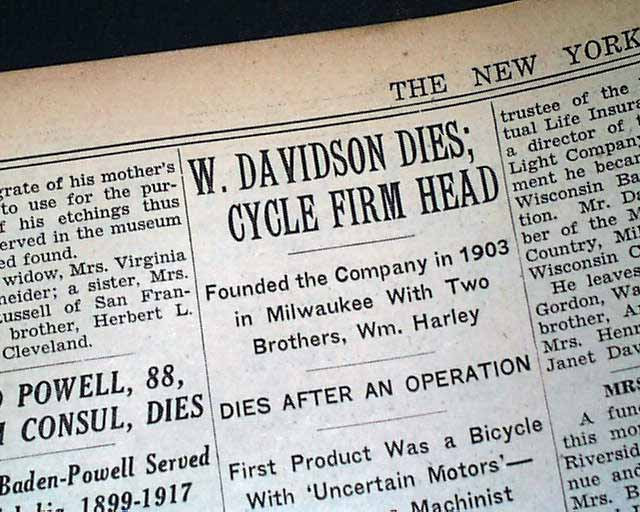 This 100 page newspaper has one column headlines on page 48 that read: "W. DAVIDSON DIES; CYCLE FIRM HEAD" and "Founded the Company in 1903 in Milwaukee With Two Brothers, Wm. Harley" and more (see images). This tells of the death of one of the original founders of the famed Harley Davidson Mortorcycle Company. Nice to have in this famous NYC paper. My guess is that the New York Times may be one of the few papers that had coverage of Davidson's death.

Other news, sports and advertisements of the day throughout with much on World War II. Light browning, otherwise in good condition. 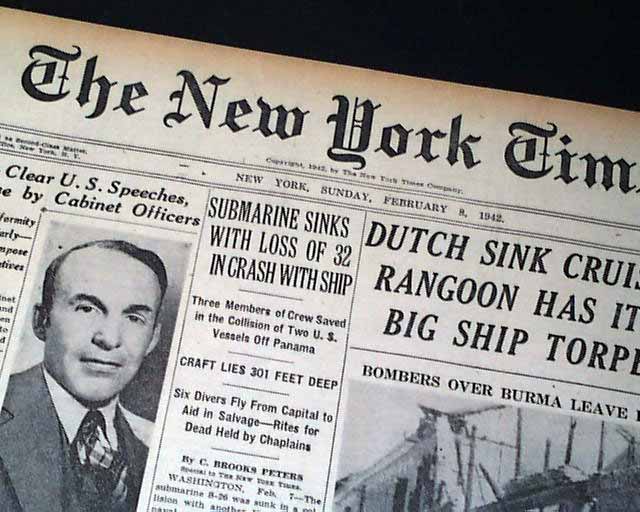 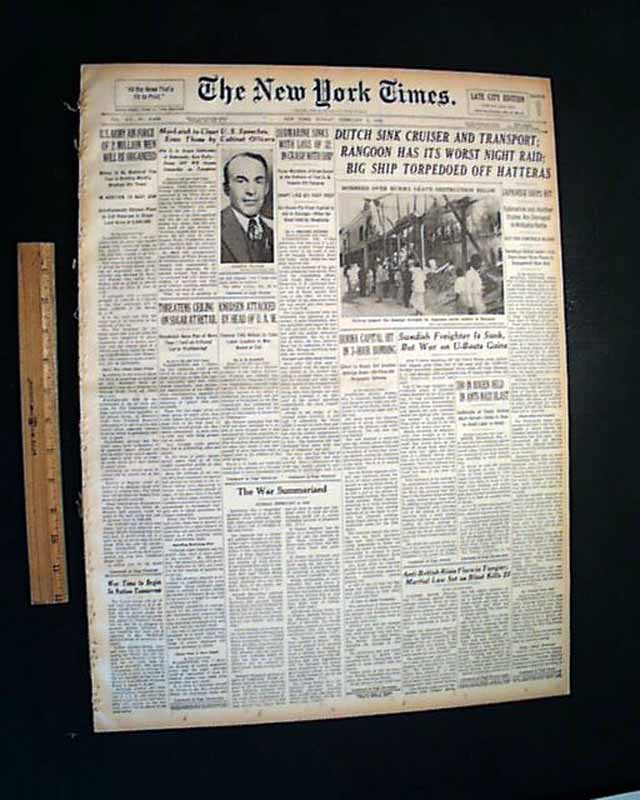 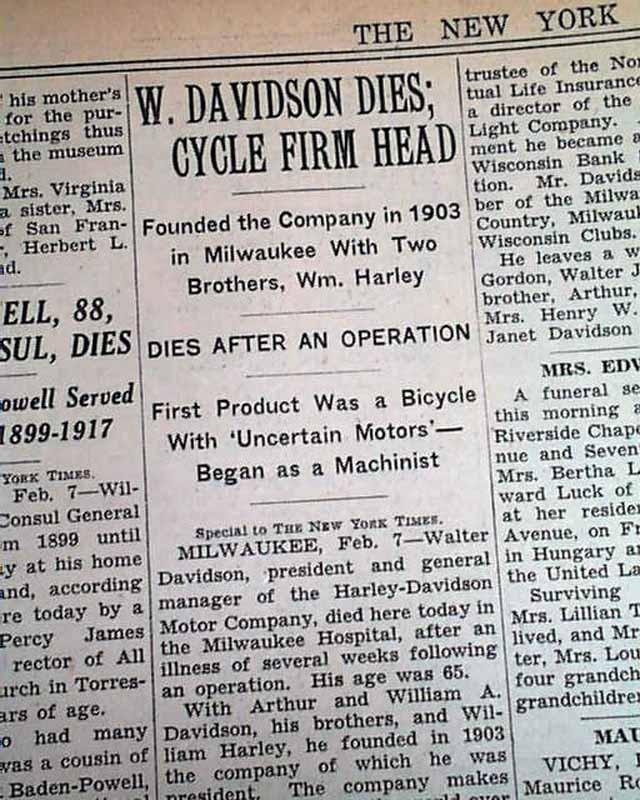 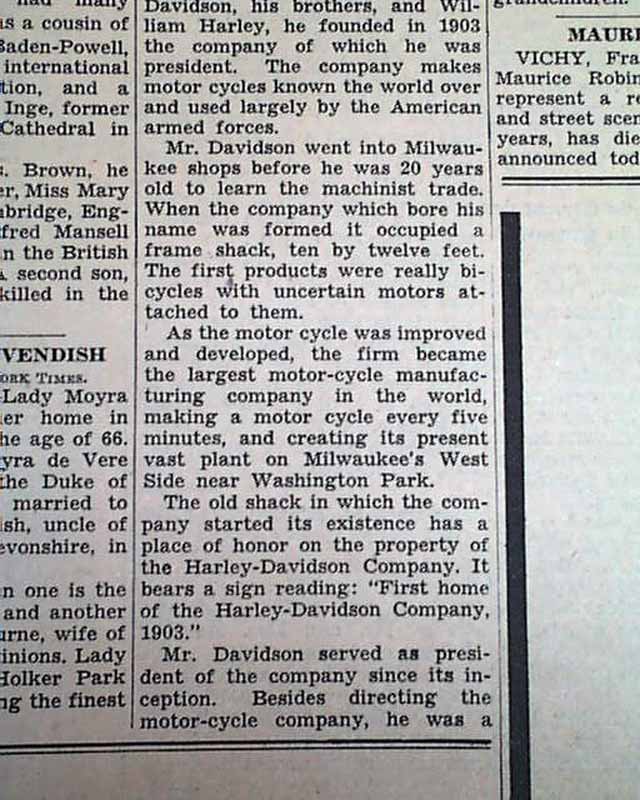 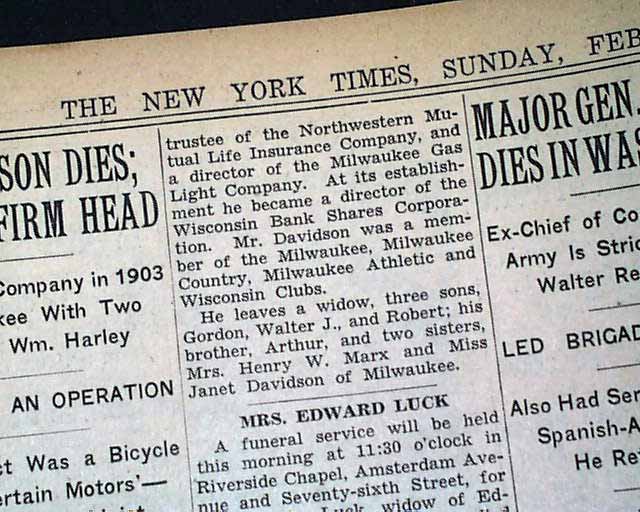