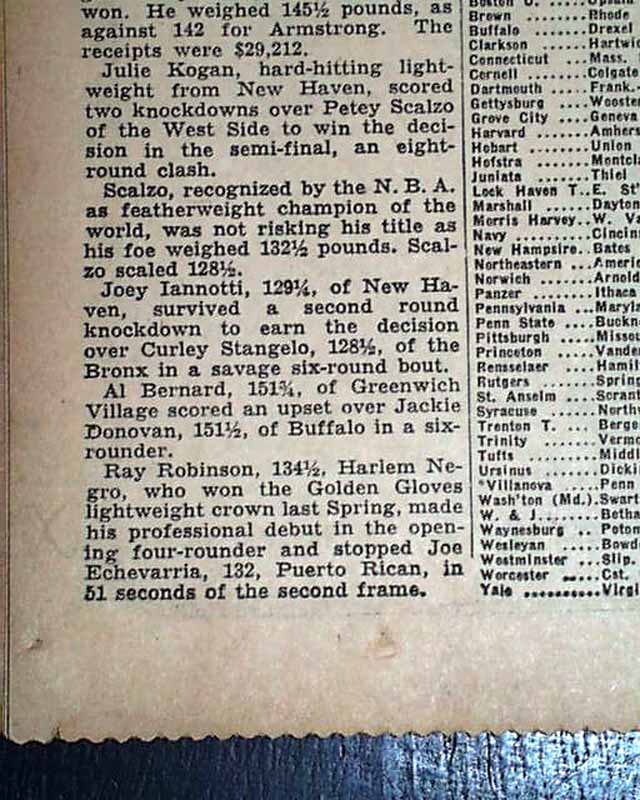 This 30 page newspaper has a historic report in boxing on page 10. A night of boxing was held at Madison Square Garden which involved various fights including the main event at the end as usual which was a title fight.

One column headlines on page 10 include: "ARMSTRONG, ZIVIC IN TITLE MEETING", "Los Angeles Negro Makes 20th Defense of Welterweight Crown at the Garden" and more. Within this report near the end mentions a undercard fight involving a man by the name of Ray Robinson. This in fact was the famous Sugar Ray Robinson making his professional debut that night.

He would go on to what many considered the greatest pound for pound boxer ever.

A small mention but a very 1st being that he wasn't famous at the time. Is is what it is. Nice to have from the city where it happened.

Other news, sports and advertisements of the day throughout. Light browning, nice condition.