Home > Back to Search Results > Plates of Voltaire and Rousseau...
Click image to enlarge 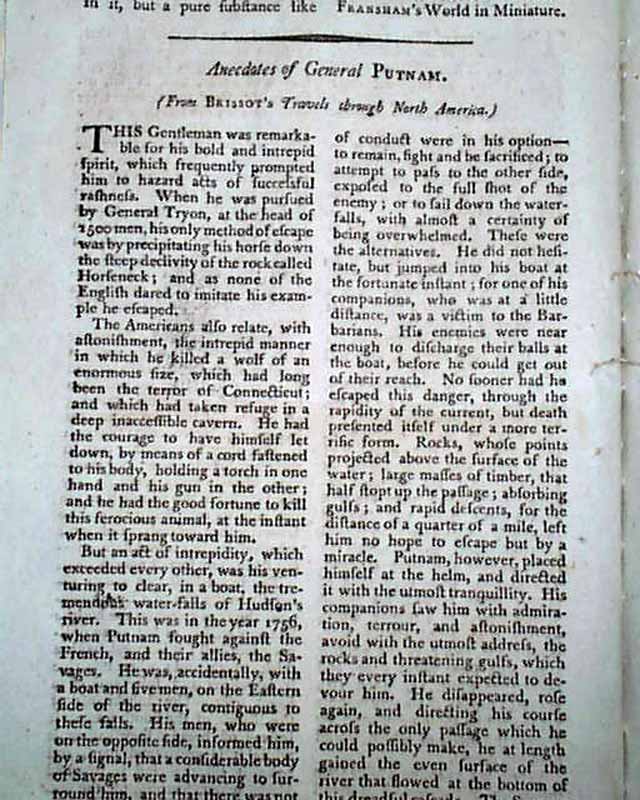 Plates of Voltaire and Rousseau...

Item # 660993 THE NEW LONDON MAGAZINE, England, March, 1792  Certainly one of the less common 18th century magazine, and this issue was never bound nor trimmed and still has the original outer wrappers--rarely found as such.
Perhaps the most notable content would be the full page plate containing prints of: "Francis De Voltaire" and "John James Rousseau" with articles on both within the magazine. There is also a full page plate of: "Front View of the Public Offices in the Strand, where Somerset House Formerly Stood." There is an article on this plate as well. There is also a full page taken up with: "Anecdotes of General Putnam". Near the back is a report taken from a New York newspaper.
Includes both full page plates as noted above. Complete in 48 pages plus front wrapper, never bound nor trimmed, a bit irregular at the margins, 5 3/4 by 9 inches, generally good condition.