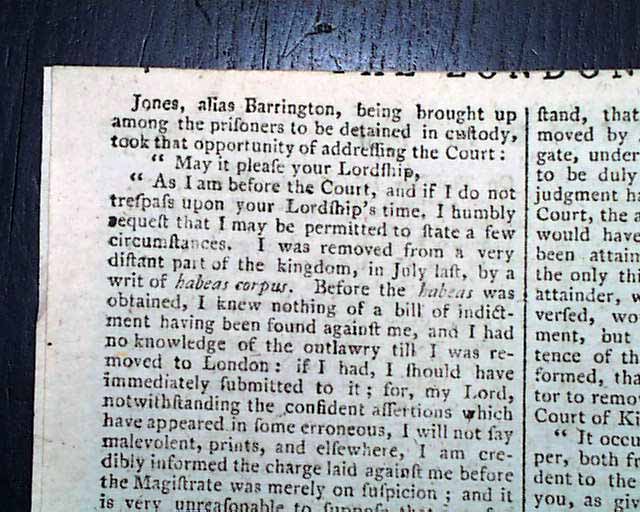 
THE LONDON CHRONICLE, September 20, 1788 The first & second columns on page 284 contain the report of George Barrington's argument, trial and verdict. George Barrington would eventually be exiled to Botany Bay.

Page 287 also contains a report regarding plantations in the Bahamas. News of the day and period advertising are throughout.