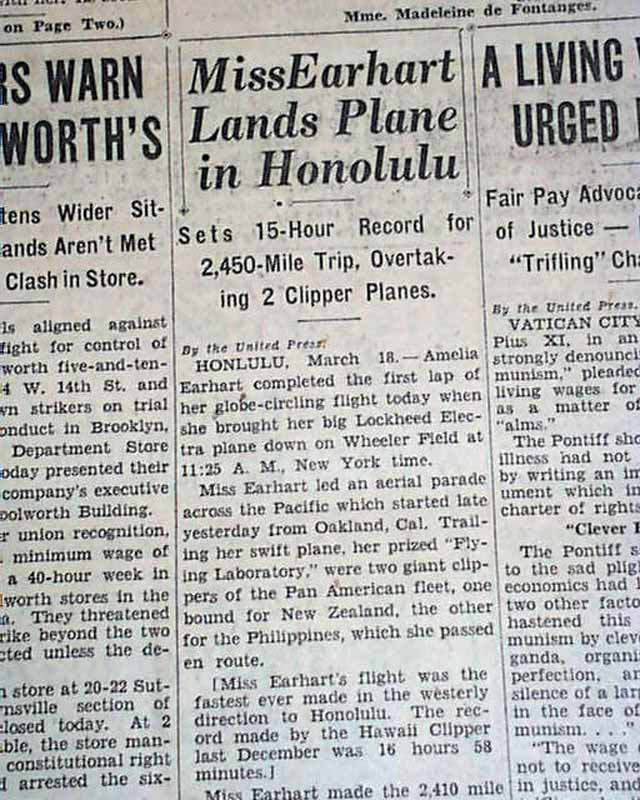 The front page has a one column heading: "Miss Earhart Lands Plane in Honolulu" with subhead. (see) First report coverage on her attempt to fly around the World which eventually lead to her famous disappearance a few months later in which she was never found.
Other news, sports and advertisements of the day. Complete in 48 pages, light toning at the margins, small library stamp within the masthead, small binding holes along the spine, large archival mend on page 2 does not affect Earhart report, generally nice.