Home > Back to Search Results > 'Gone With The Wind' debuts in Atlanta, GA...
Click image to enlarge 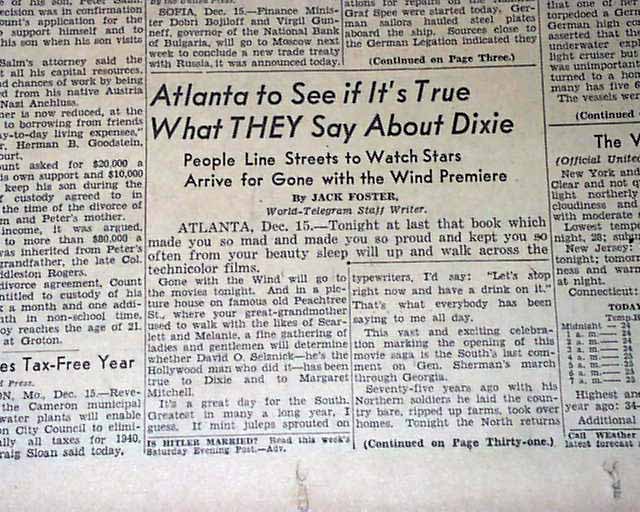 'Gone With The Wind' debuts in Atlanta, GA...

Here is a great report on the most successful movie of all time in terms of ticket sales. The bottom of the front page has a two column heading: "Atlanta to See if it's True What THEY Say About Dixie" with subhead. Reporting continues on page 31 with related photo. Page 30 has a related advertisement. (see) A historic issue on one of the greatest films of all time.
Other news, sports and advertisements of the day. Complete with all 48 pages, light toning at the margins, small library stamp within the masthead, small binding holes along the spine, a few small tape mends along the margins, generally nice.