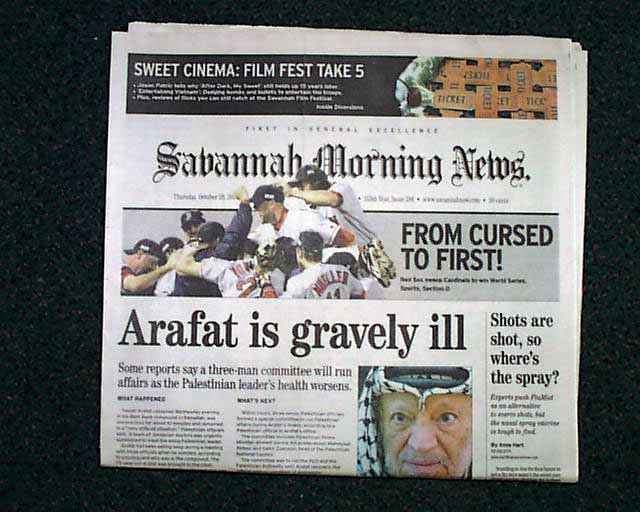 Front page heading has, "FROM CURSED TO FIRST!", which tells of the Red Sox beating the Cardinals to win the World Series.
Includes sections A, B, and D, in very nice condition. See images for details.