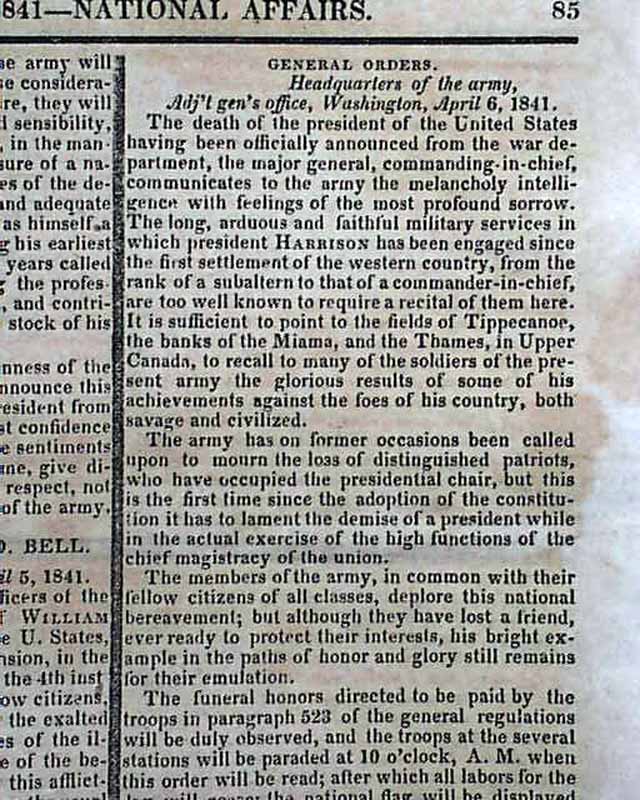 
NILES' NATIONAL REGISTER, Baltimore, April 10, 1841  Wide black "mourning" rules on all columns on all 16 pages for the death of the President. Page 3 has the report headed: "National Affairs" "Death of the President of the U. States" with various particulars (see for portions). Additional details carry over to the following pages with: "Report of the Physicians", a few more official announcements of his death, and: "Arrangements For the Funeral".
Great to have this significant political report in a newspaper from so close to Washington, and in the newspaper that was essentially the mouthpiece of the federal government which would evolve into the Congressional Record.
Sixteen pages, 8 1/2 by 12 inches, some foxing and rubbing, but in overall good condition.