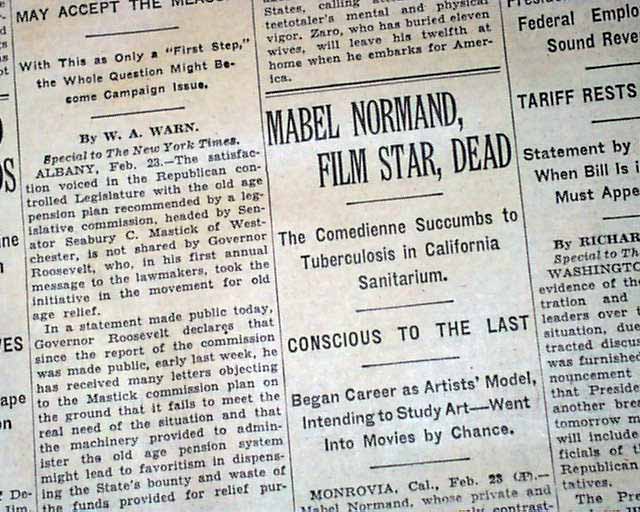 The front page one column headings: "MABEL NORMAND, FILM STAR, DEAD" "The Comedienne Succumbs to Turberculosis in California Sanitarium" and more. (see) Coverage continues inside with photo. Always nice to have notable events in history reported in this World famous publication.
Other news, sports and advertisements of the day. Complete in 44 pages, light toning and a little wear at the margins, generally good. Should be handled with care.