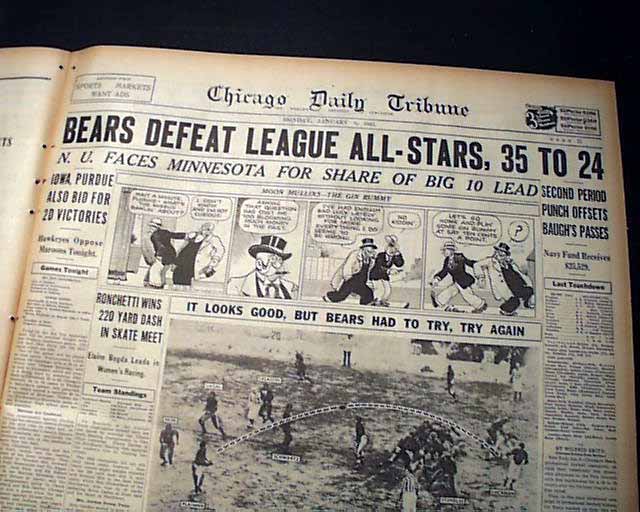 The front page of section 2 (sports) has a nice banner headline: "BEARS DEFEAT LEAGUE ALL-STARS, 35 TO 24" with subheads, lineups and related photo. Nice for display.
Much on World War II with nice front page headline. Complete with all 34 pages, light toning at the margins, small library stamp within the masthead, small binding holes along the spine, generally very nice.

wikipedia notes: The 1942 National Football League All-star Game (January) was the professional football league's fourth all-star game. The game pitted the Chicago Bears, the league's champion for the 1941 season, against a team of all-stars. The game was played on Sunday, January 4, 1942, at the Polo Grounds in New York City. The Bears defeated the all-stars by a score of 35–24.