Home > Back to Search Results > Jewish Holocaust beginning in 1933....
Click image to enlarge 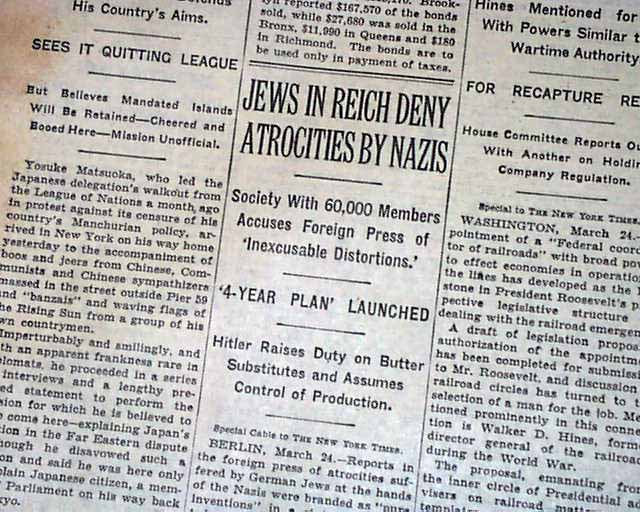 The front page has a one column heading: "JEWS IN REICH DENY ATROCITIES BY NAZIS" with subheads. (see) An early example of bias media here ? The official start of the Jewish boycott would take place a few days later. More on page 10.
Other news, sport and advertisements of the day. Complete in 32 pages, light toning and minor wear at the margins, generally nice.