Home > Back to Search Results > Is Richmond really under siege ?
Click image to enlarge 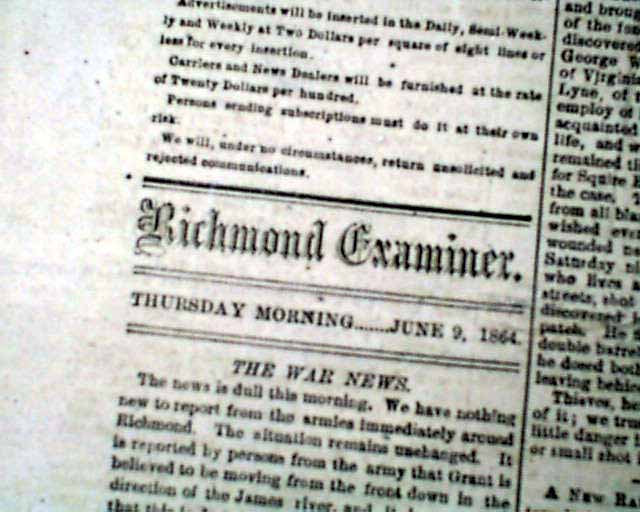 Is Richmond really under siege ?

Not only a newspaper from the Confederate States, but from the capital of the Confederacy.  Among the front page items are: "The War News", "City Intelligence", "Additional From the North", "Butler's Operations--What Were His Instructions", "Another of Our Men Shot", "The Next Presidency--Who Will Be the Man--Lincoln's Chances", "From the Armies In Georgia", "Operations West of the Mississippi" & other smaller items.
The back page has an editorial concerning the siege of Richmond, beginning: "The siege of Richmond has fairly commenced, says the Yankee dispatch from headquarters. Why, we thought it was over & finished. Richmond herself is decidedly of opinion that she is not besieged..." with much more. There is also much report from: "The Confederate Congress" with a wealth of subheads. Also: "List of Casualties" in the 19th regiment of the Virginia infantry.
Complete as a single sheet newspaper with a one column masthead, typical with Southern papers late in the war as newsprint was scarce. Various creases but in very nice condition. 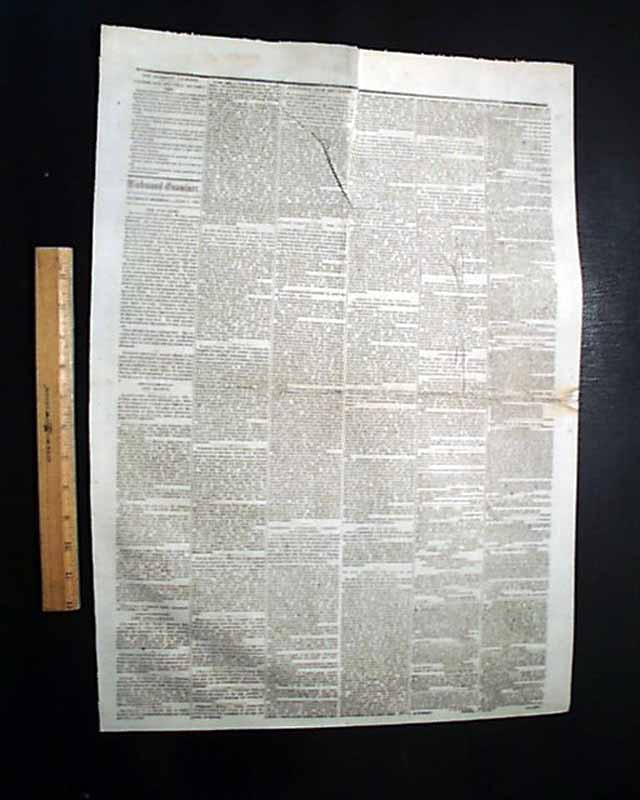 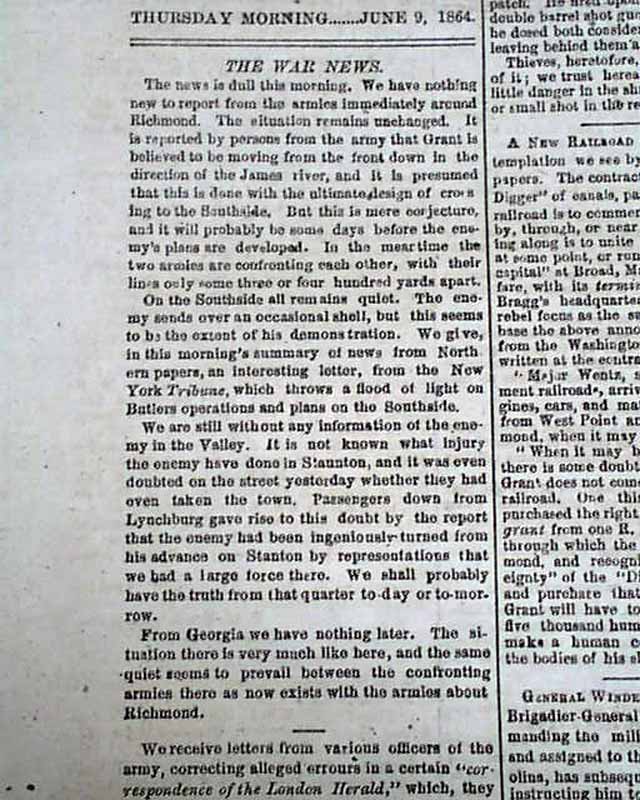 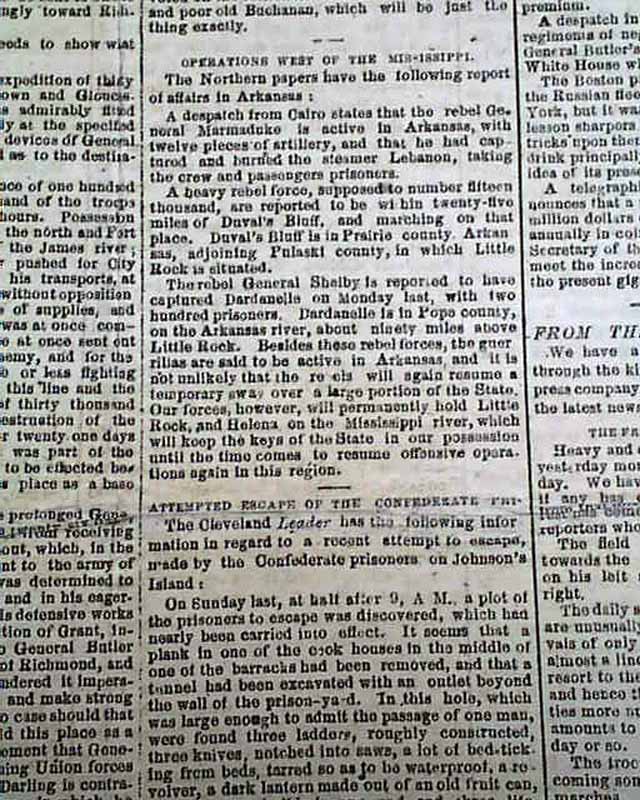 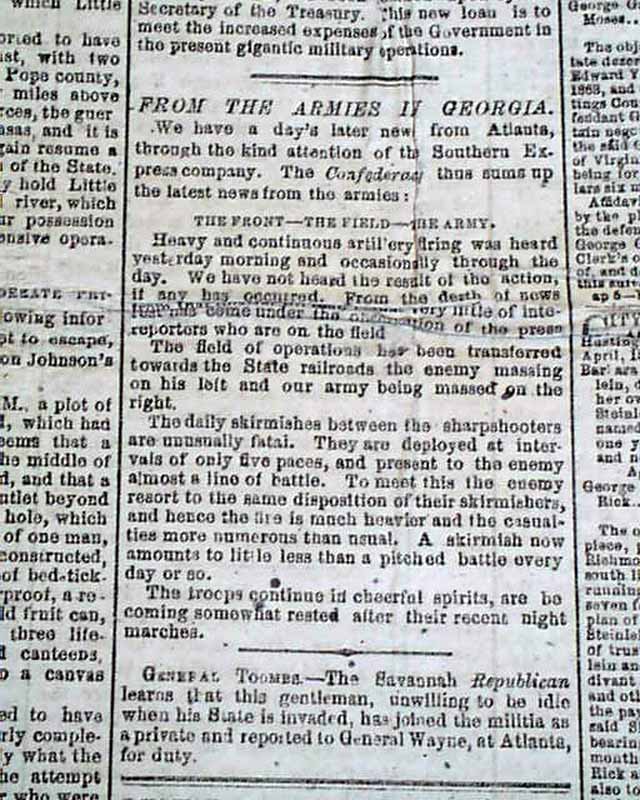 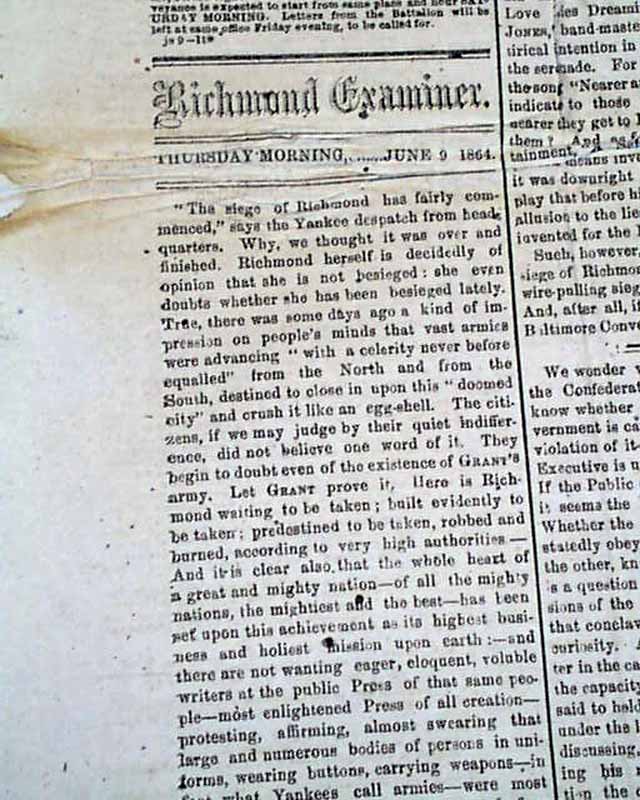 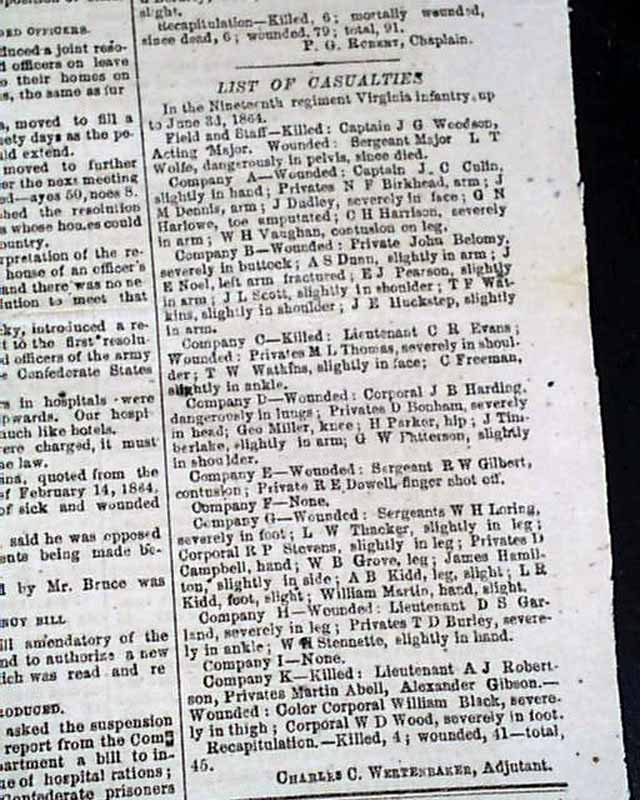