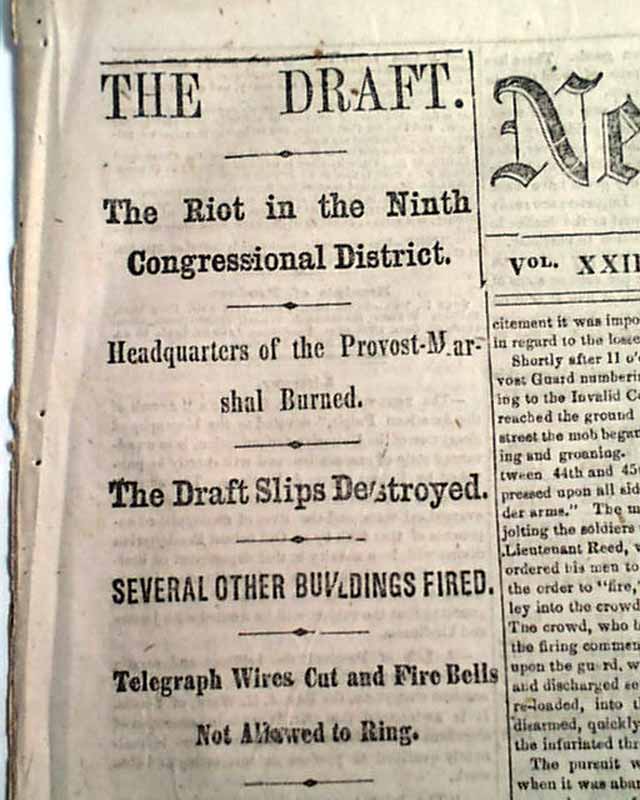 The front page has nice, single-column headings on the New York draft riots, including: "THE DRAFT", "The Riot in the Ninth Congressional District", "Hqts. of the Provost-Marshal Burned", "The Draft Slips Destroyed", "Several Other Buildings Fired", "Pavements & Railroad Tracks Torn Up", "Soldiers Mobbed", and more (see images). Plus the entire front page text is taken up with draft riot reports, with some additional text on inside pages as well.
There is various reporting on events of the Civil War also, including: "The Rebels Driven from Hagerstown Once More" "Position of Lee's Army", "Lee's Order to His Men", "He Intends To Give Battle", some of which provide nice post-Gettysburg reporting.
Eight pages, nice condition. 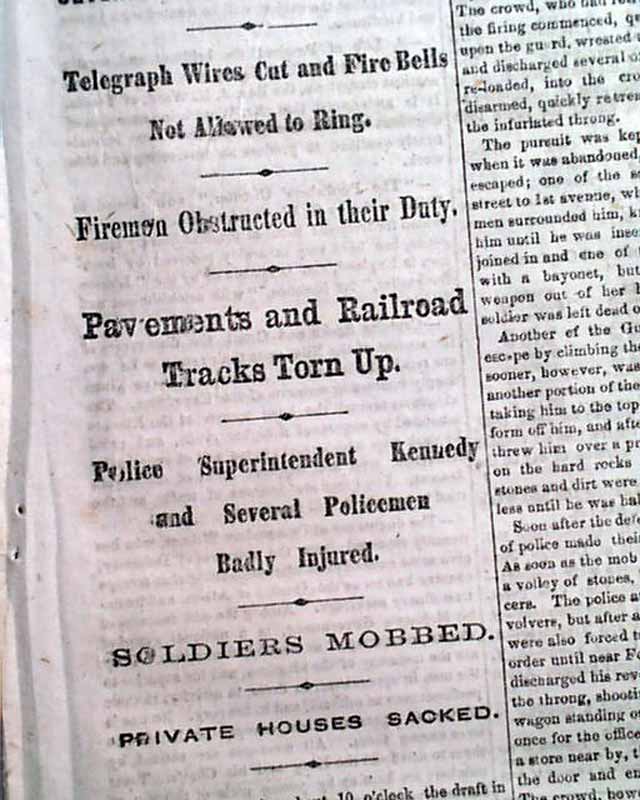 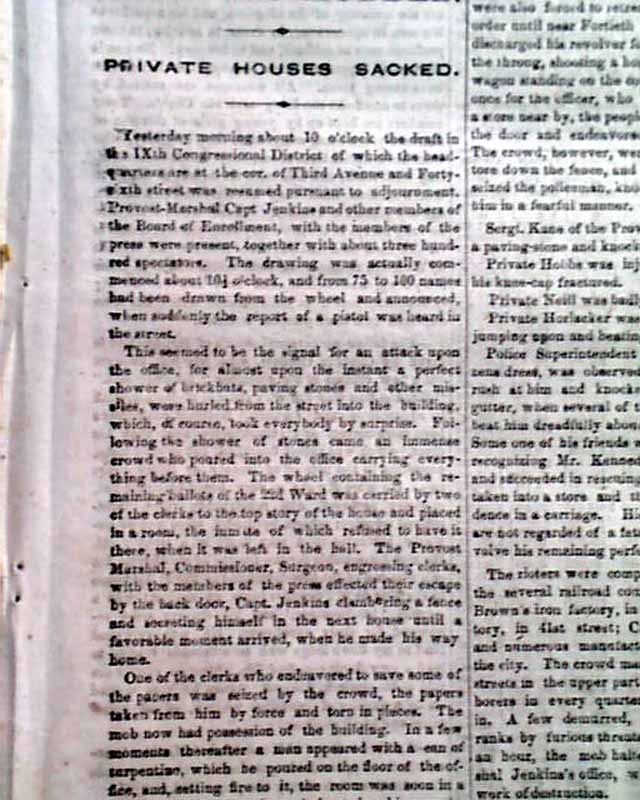 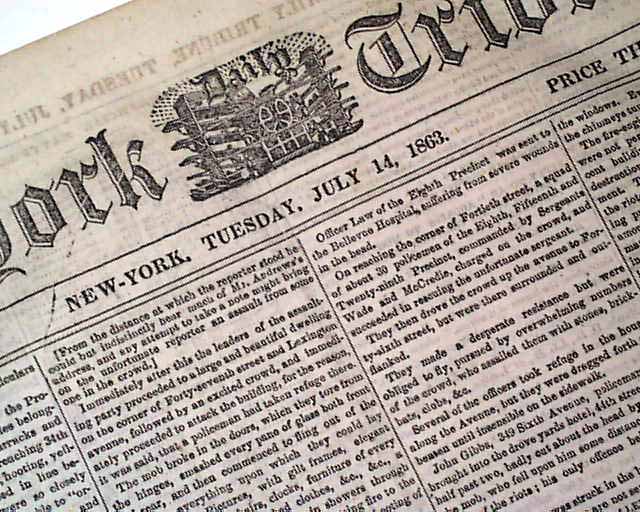 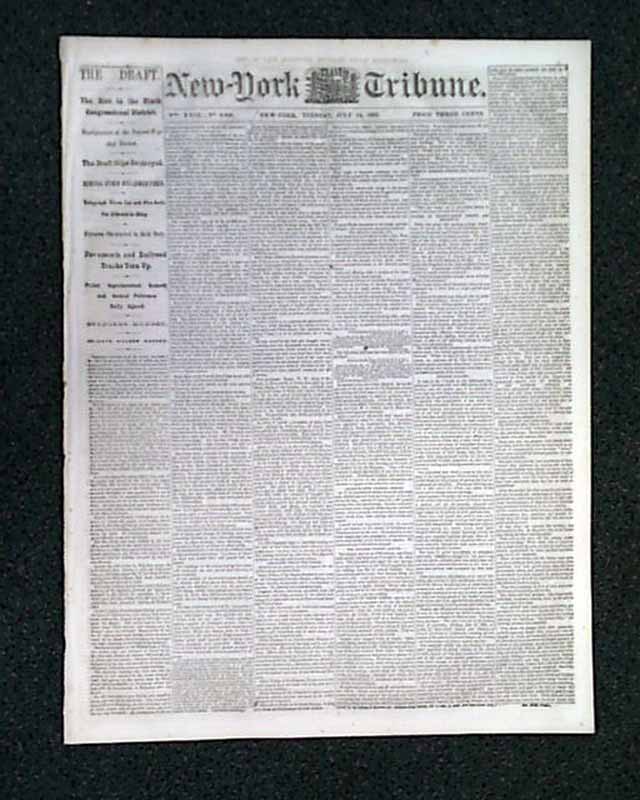