Home > Back to Search Results > The Revolutionary War...
Click image to enlarge 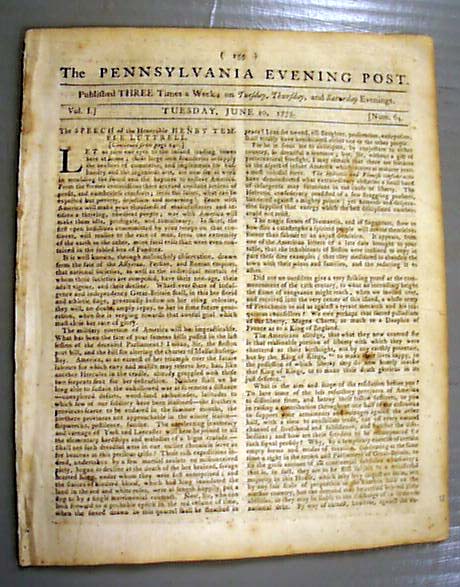 The front page is entirely taken up with a continued speech which has some references to the situation in America, with "...the military coercion of America will be impracticable...what has been the fate of your famous bills...the Boston port bill and the bill for altering the charter of Massachusetts Bay. America...(has) already grappled with those two serpents sent for her destruction..." and "...the American alledge that what they now contend for is that reasonable portion of liberty with which they were chartered as their birthright..." and more.
Page 3 has a report noting the troops of General Gage being in motion.  Pg. 3 also has a report from Congress: "To the Oppressed Inhabitants of Canada" which begins: "Alarmed by the designs of an arbitrary ministry to extirpate the rights & liberties of all America, a sense of common danger conspired with the dictates of humanity in urging us to call your attention...to this very important object..." with much more, including mention that "...the taking the fort & military stores at Ticonderoga & Crown Point & the armed vessels on the lake was dictated by the great law of self preservation; they were intended to annoy us..." with more.
A fine issue from near the beginning of the Revolutionary War. Four pages, many ads, very nice condition. 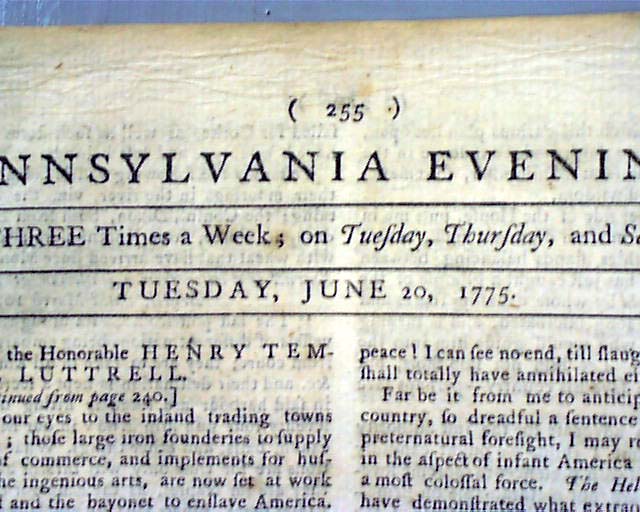 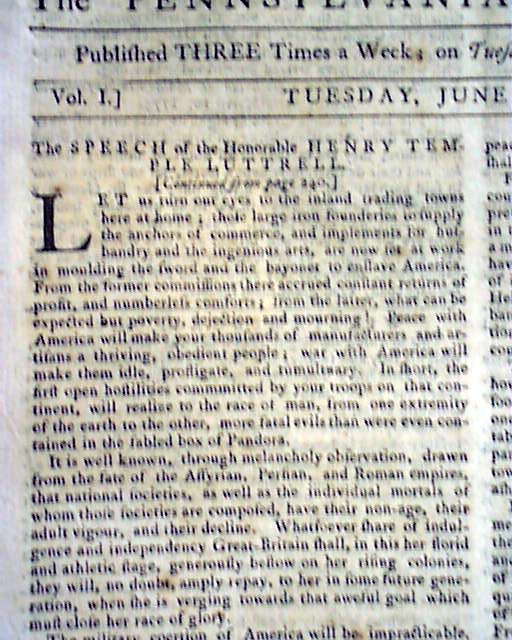 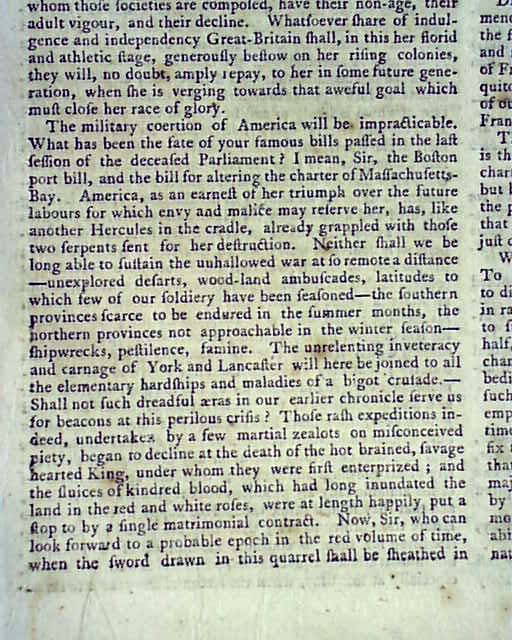 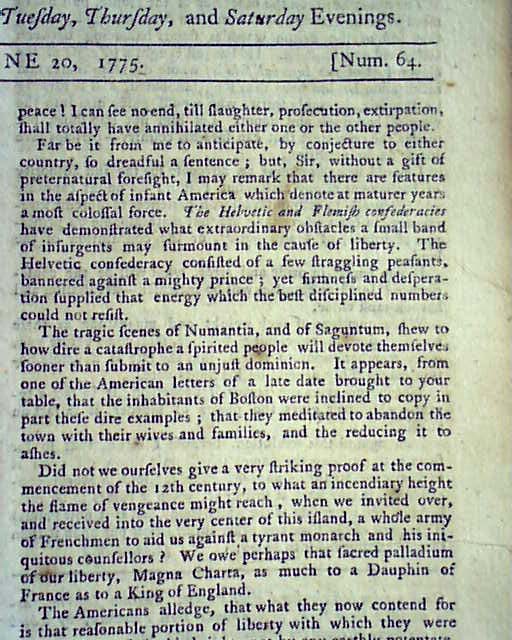 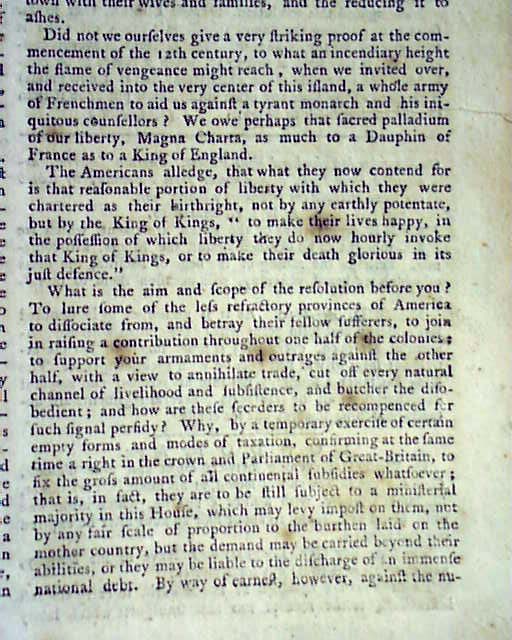 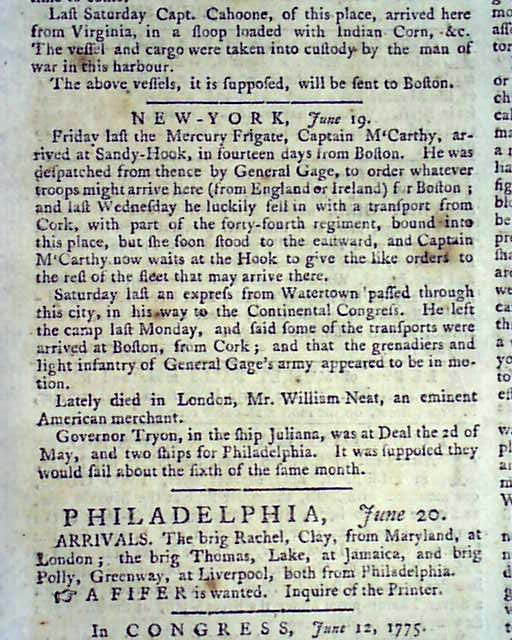 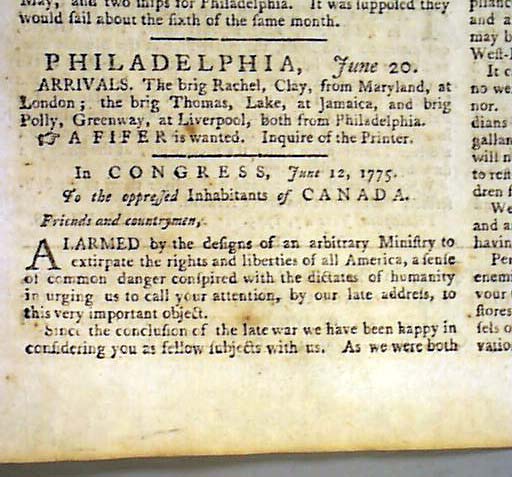