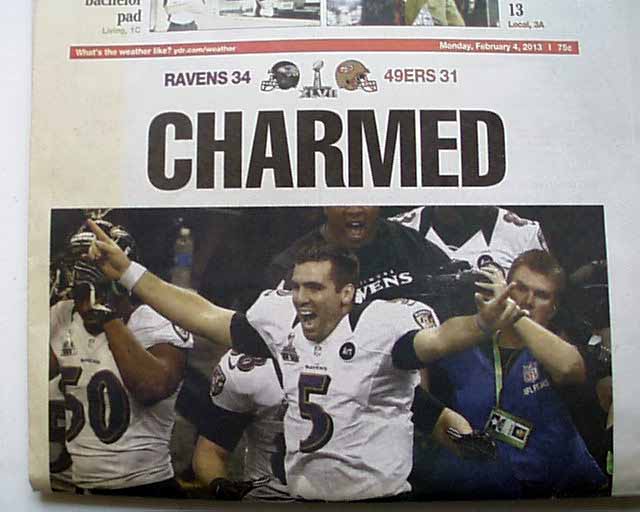 The front page has the heading "CHARMED" with a photo of Joe Flacco and the Score of "RAVENS 34, 49ERS 31"

The sports section displays a photo of Ray Rice with the heading "Electric Slide". Other articles include: "Ray goes out on top", "Ray's last ride becomes Joe's cool day", and "Flacco completes run with MVP", all with several photos of the game.

Believed to be complete in multiple sections but is being offered for the content described. Good Condition.