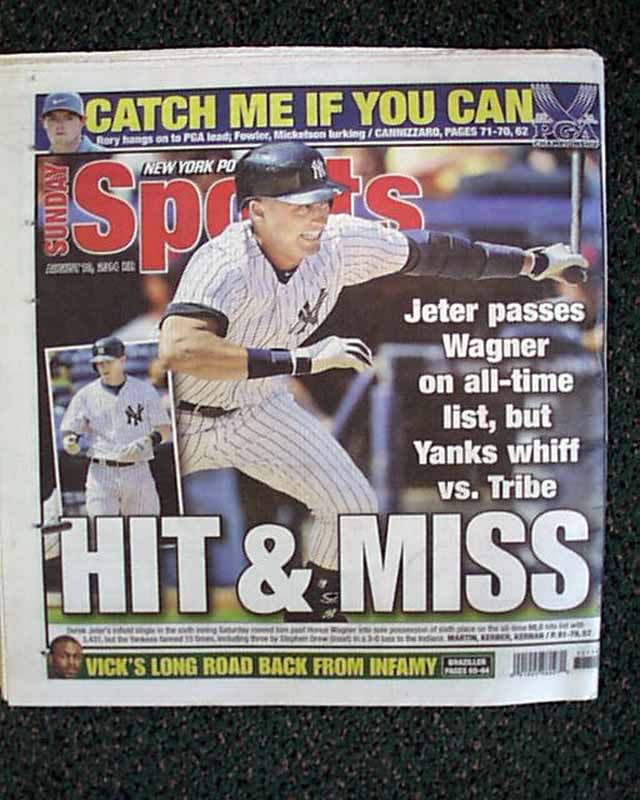 The front page has: "Another record for Jeter", which includes a small photo that leads to the sports section.  The sports section has several articles with coverage of the Yankee's game: "Joy of six for Jeter on hits list"  with a picture of the scoreboard as Jeter surpassed Honus Wagner, and the backpage has "Jeter passes Wagner on all-time list, but Yanks whiff vs. Tribe" "HIT & MISS" with two photos of Jeter.  The front page also mentions "Mayor begged Rev. Al to move NYPD protest 'WOULD TEAR CITY APART'" with photo of Mayor de Blasio and Rev. Al Sharpton. The Sports Section also includes a nice article: "The Redemption of Michael Vick".

Believed to be compete in multiple sections but is being offered for the described content. Very good condition - although the front page has a small archival mend to the reverse side.