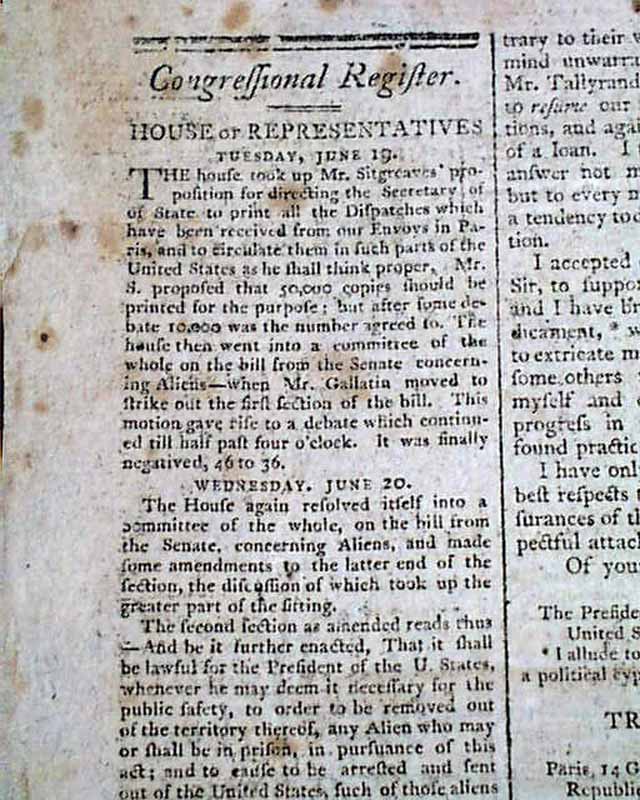 
INDEPENDENT CHRONICLE, Boston, June 28, 1798  Page 2 begins with reports from Congress concerning Aliens, later to be solidified in the Aliens and Sedition Act.
Also a letter from the President concerning France, ending with: "...I will never send another Minister to France without assurances that he will be received, respected, and honored as the Representative of a great, free, powerful and independent nation." It is signed in type: John Adams.
Four pages, very handsome masthead, never-trimmed margins, some staining, good condition. 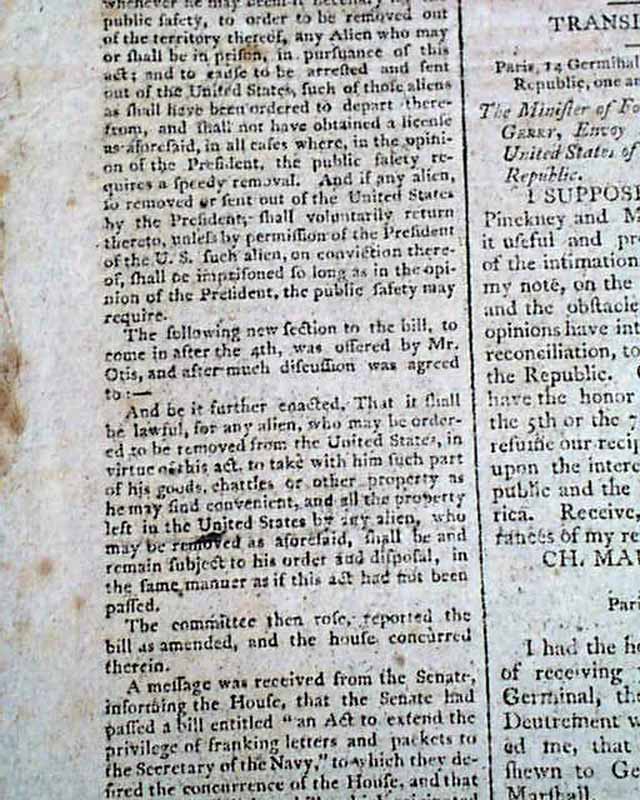 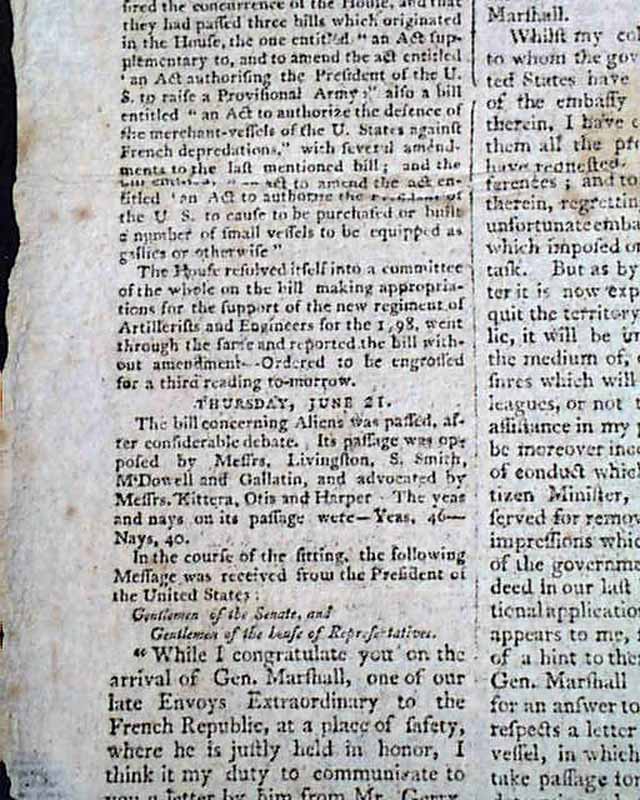 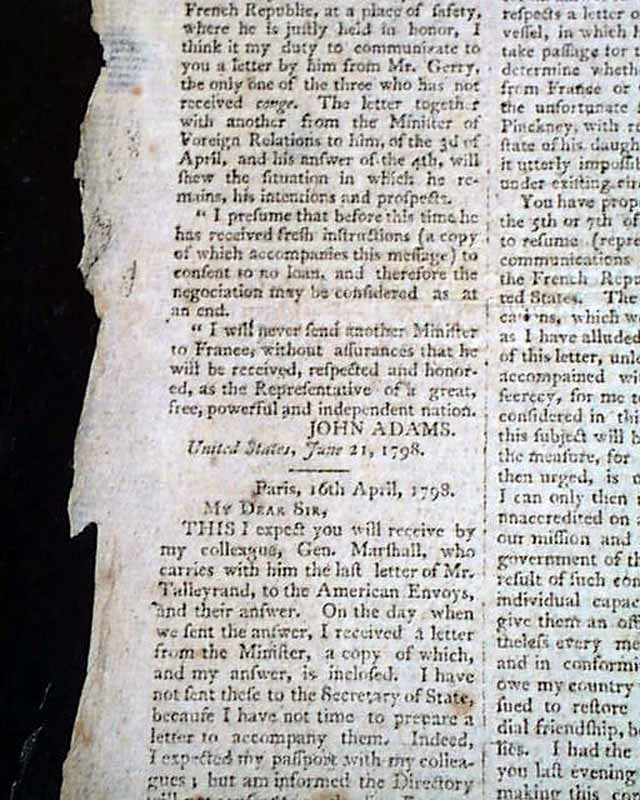 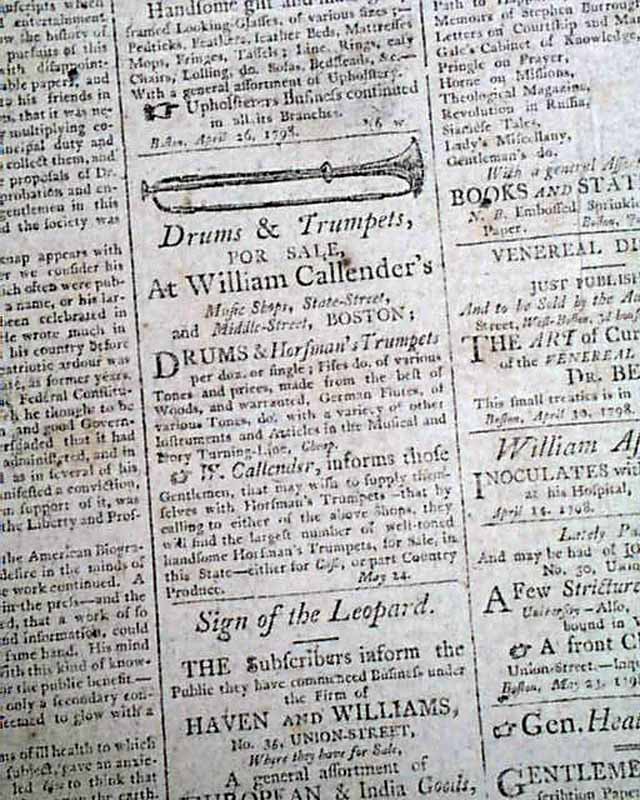 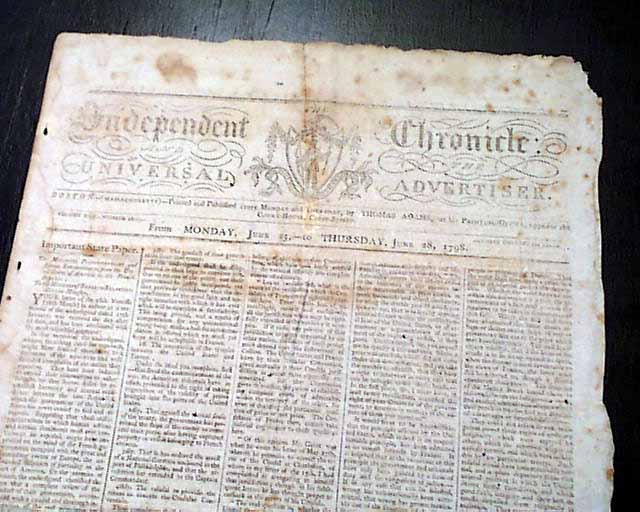 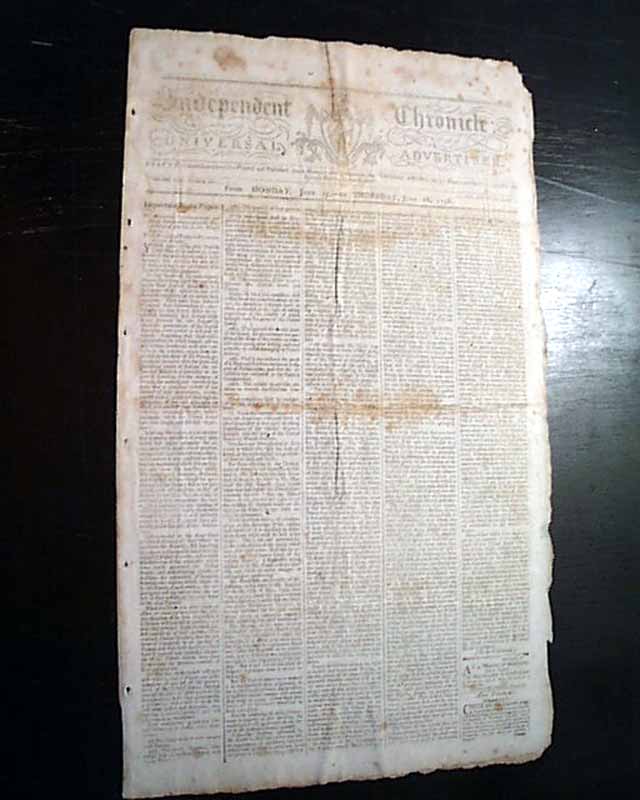