Home > Back to Search Results > Concerns for the Jay Treaty... A front page Proclamation by President Washington...
Click image to enlarge 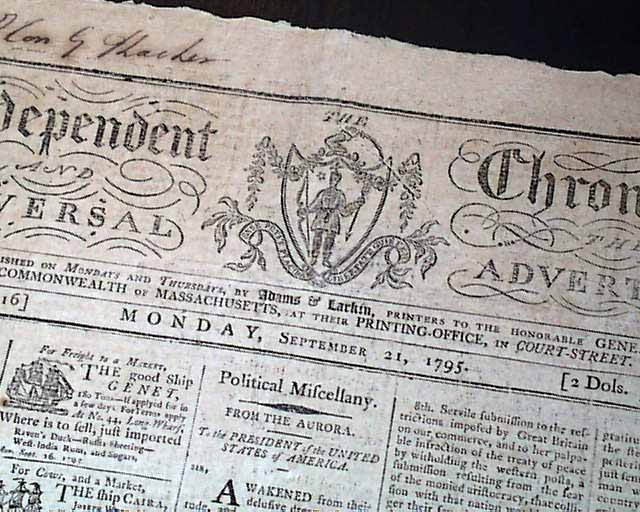 Concerns for the Jay Treaty... A front page Proclamation by President Washington...

The front page features a quite lengthy address: "To the President of the United States of America" about concerns for the pending Jay Treaty. This is followed by a: "Proclamation - George Washington" about not recognizing a nice Counsel ambassador from England, signed in type: Geo. Washington.
Four pages, very handsome masthead, never-trimmed margins, very nice condition.