Home > Back to Search Results > Front page Act signed by Sam Adams... Other thoughts on the Jay Treaty...
Click image to enlarge 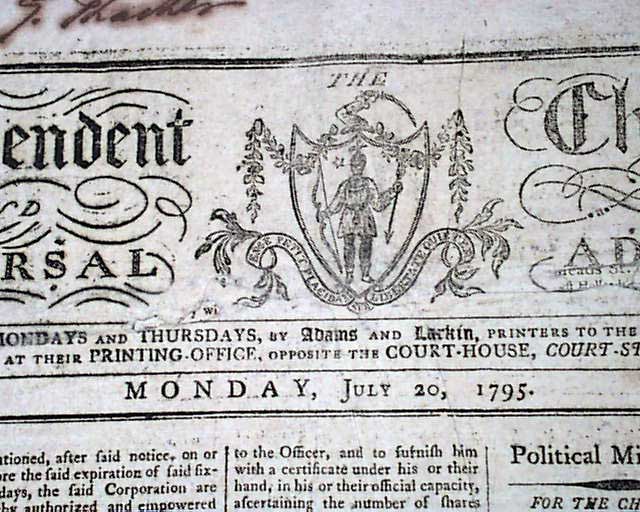 Front page Act signed by Sam Adams... Other thoughts on the Jay Treaty...


INDEPENDENT CHRONICLE, Boston, July 20, 1795  Half of the front page is taken up with an Act of the Massachusetts legislature, signed in type by the governor: Samuel Adams.
Much of page 2 is taken up with: "Observations Against The TREATY." being the controversial Jay Treaty.
Four pages, very handsome masthead, never-trimmed margins, small binding holes at the blank spine. There are two rubbing holes which affect a few of the words in the page 2 content, otherwise in very nice condition.