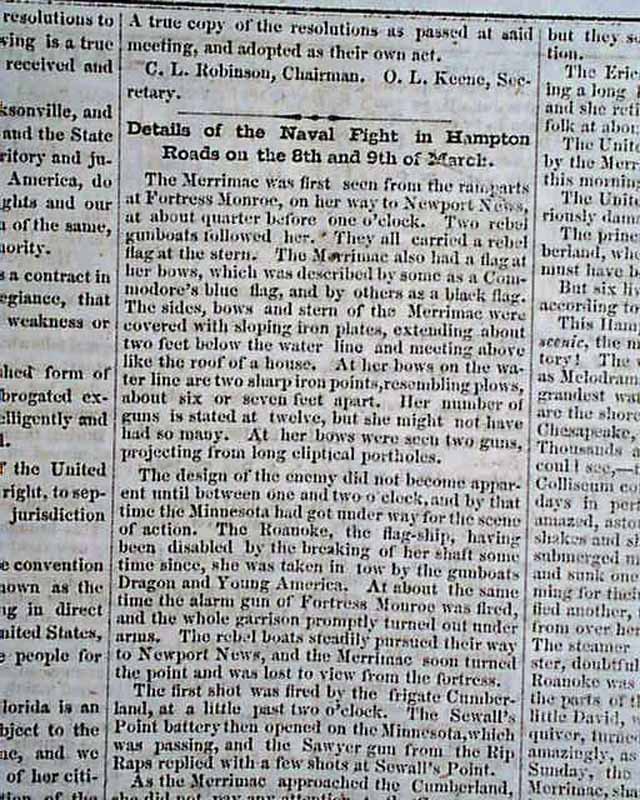 
THE NEW SOUTH, Port Royal, South Carolina, March 22, 1862
Notable content in this volume I, number 2 issue includes a pg. 3 report: "Details of the Naval Fight in Hampton Roads" which is well-written and quite informative and takes one and a half columns. Good coverage about the attack by the Merrimack, followed by details of the engagement between the two famous iron-clads. In the last paragraph of the report it says in part: "This Hampton Roads fight is one of the scenic, the most 'splendid,' ever read of in history."
Page 2 has a report about the events in Florida, plus a "Proclamation To the People of East Florida". On page 4 is an official report signed in type by Gen. Curtis headed: "Battle Of Pea Ridge".
Note: This interesting newspaper was established in March of 1862 at Port Royal after its capture by Union forces during the early part of the Civil War. Issued in a "military command", the newspaper sought to provide mostly military but no political news for the soldiers, so as not to distract them from their mission which was the suppression of the Rebellion. It is also interesting that a Union newspaper was published in South Carolina considering the state remained a Confederate stronghold until the end of the war.
Lightly inked library stamp in the upper corners, some binding residue in the blank spine. Complete in 4 pages, 9 1/4 by 13 1/4 inches. 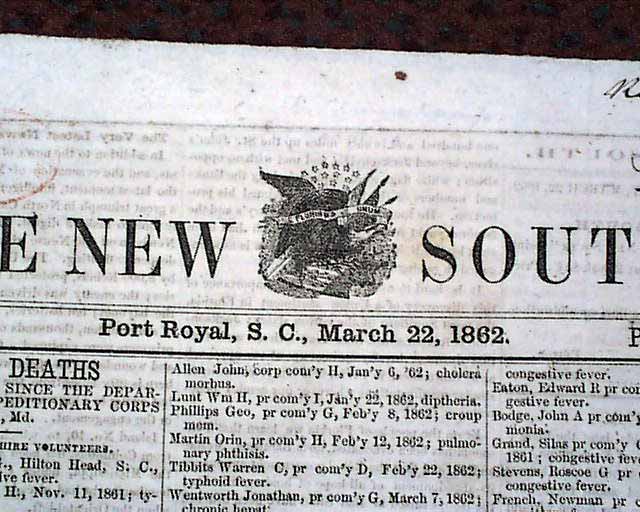 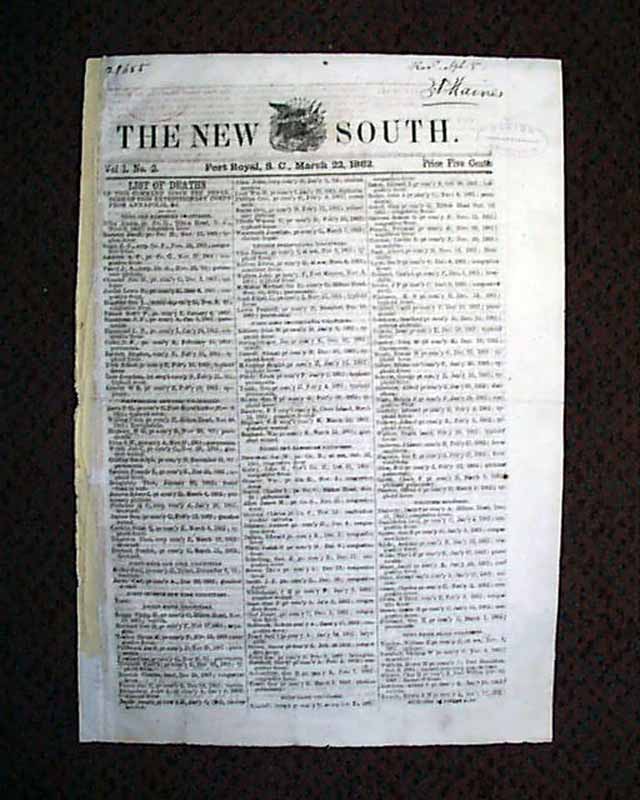 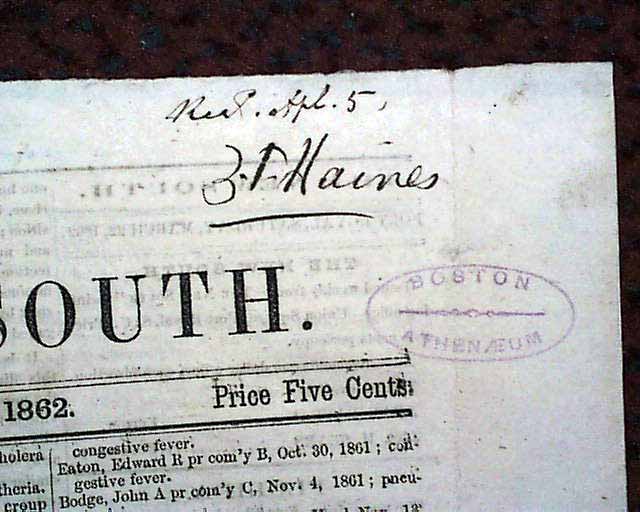 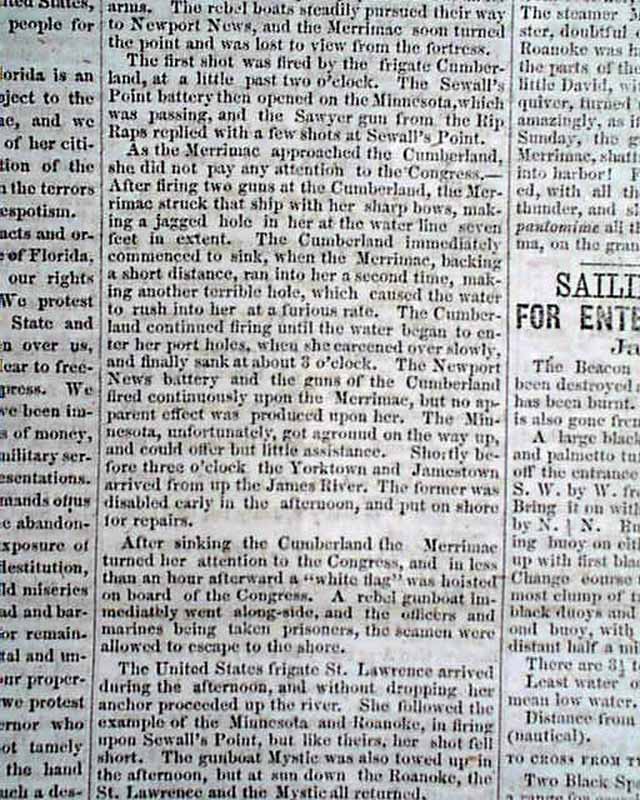 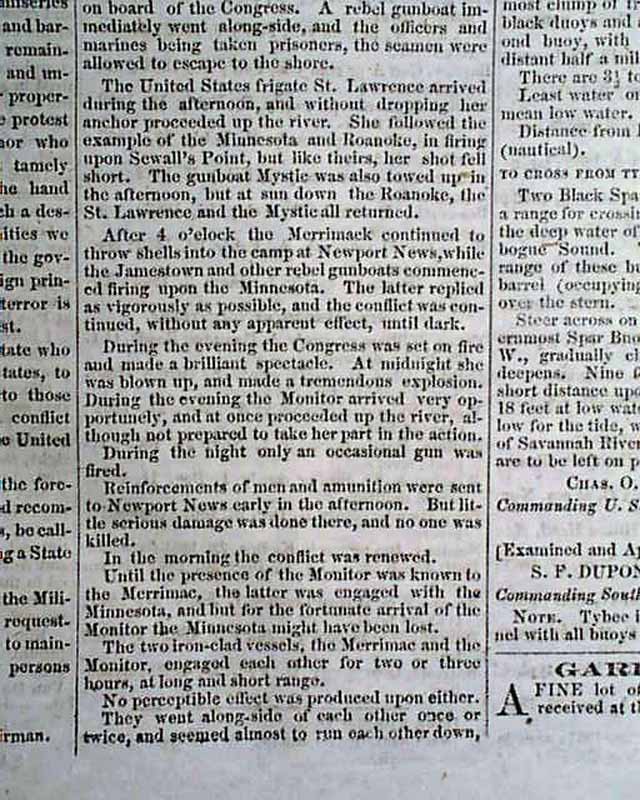 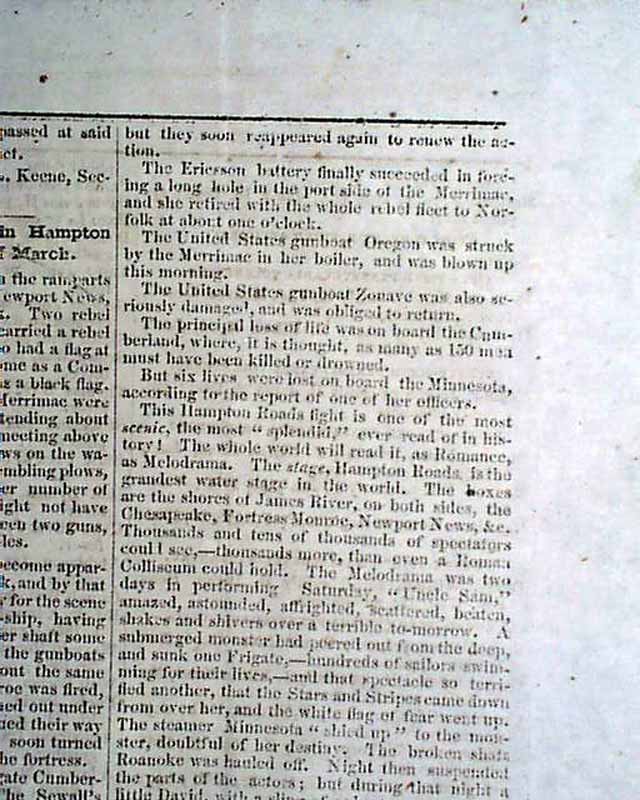 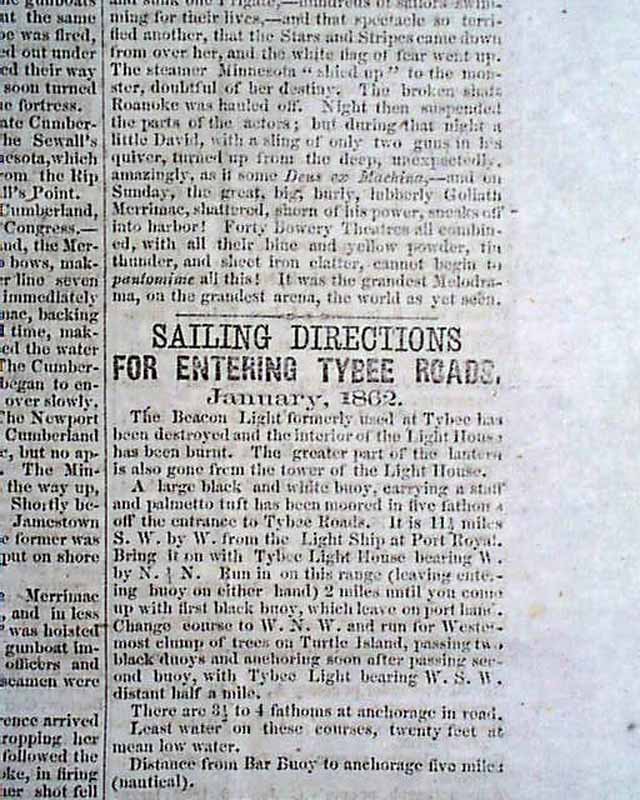 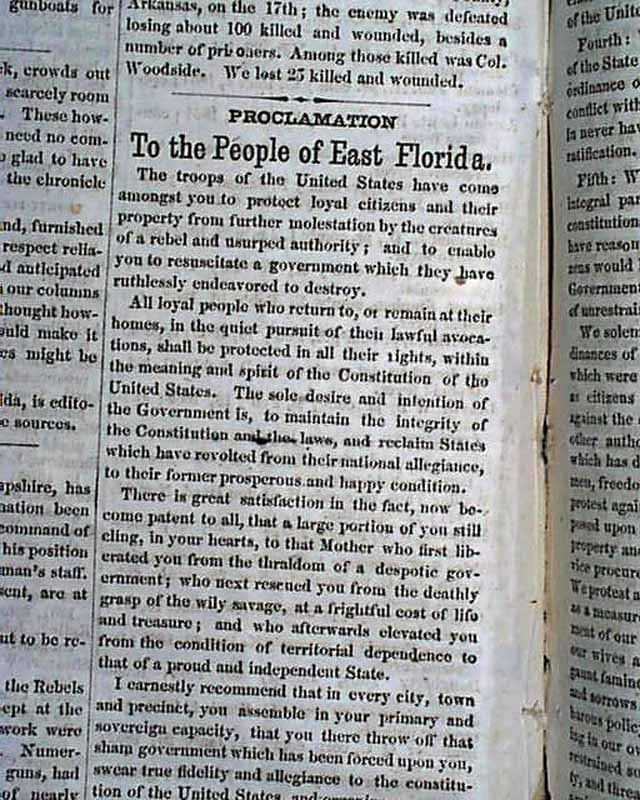 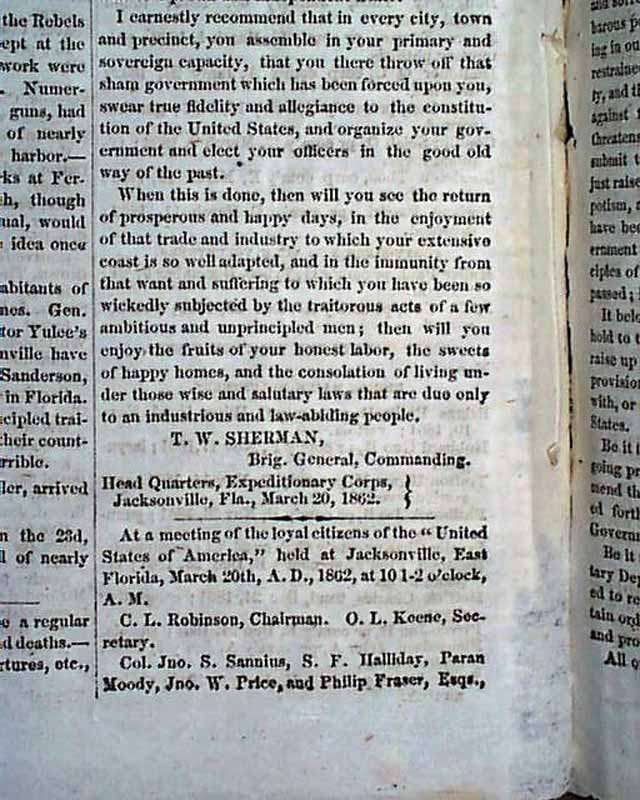 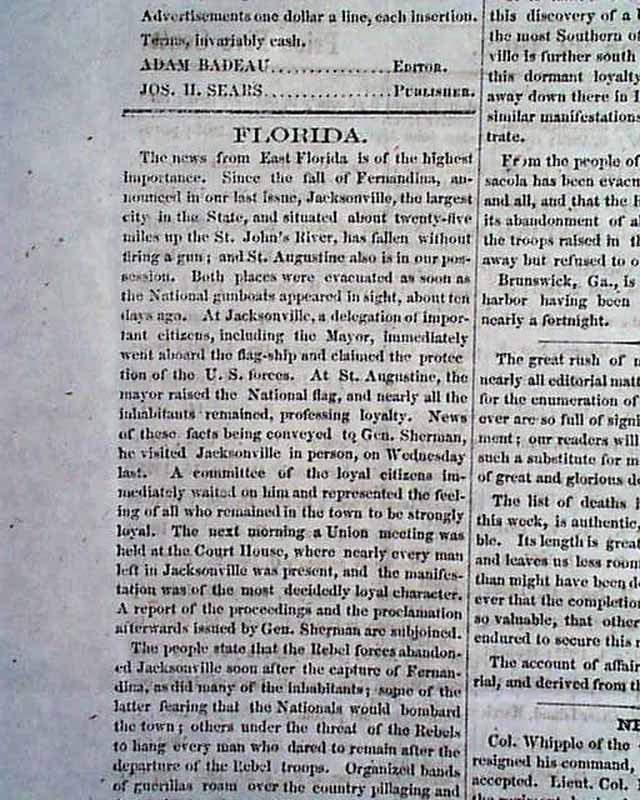