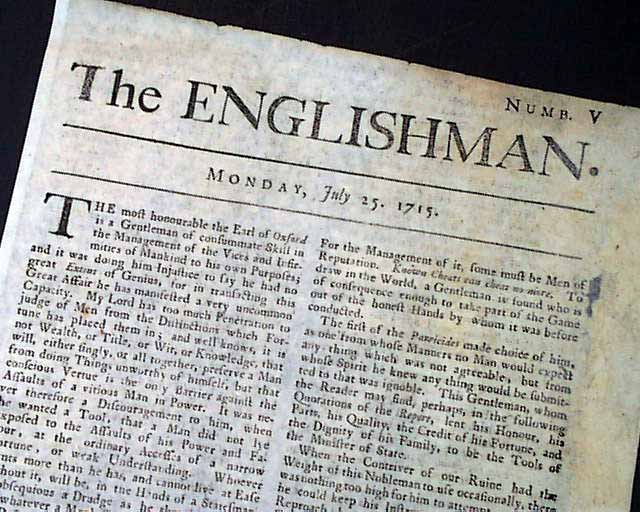 
THE ENGLISHMAN, London, July 25, 1715  This is one of the more rare British titles from the early part of the 18th century, published by the famed Richard Steele and being a continuation of his newspaper "The Guardian". It ran for just 95 issues. One writer noted it: "...targeted (and to some degree, created) the rising London middle class, both men and women, offering readers an exemplary mix of ethical inquiry, philosophical speculation, and domestic advice...".
Single sheet, 7 by 12 1/2 inches, some older archival repairs near margins, nice condition.