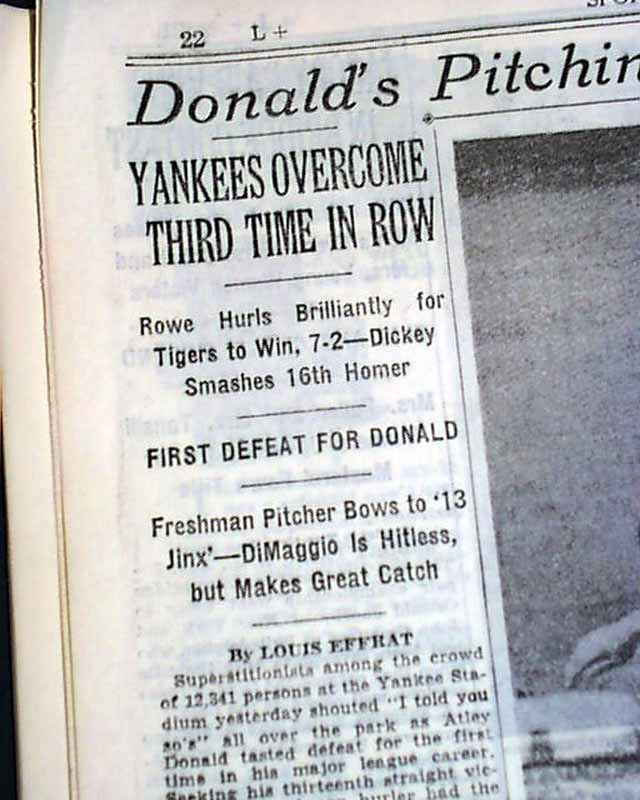 Page 22 has a 4 column headline: "Donald's Pitching Streak Stopped by Tigers" with subheads that include: "DiMaggio is Hitless, but Makes Great Catch" and more with box scores. In the ninth inning of New York's loss to Detroit, Joe DiMaggio makes one of the most memorable catches in Yankee Stadium history when he grabs Hank Greenberg's drive 455 feet from home plate. DiMaggio, who seldom displays emotion, is so thrilled with the amazing catch, heads toward the dugout forgetting there is still only two outs with a man on base.
Later in life, Hank Greenberg would refer to the catch as more amazing than Willie Mays' famous World Series catch in 1954. Nice to have in this famous NYC title.
Other news, sports and advertisements of the day throughout. Complete in 40 pages, rag edition in very nice condition.