Home > Back to Search Results > 1939 JFK photo while still in college...
Click image to enlarge 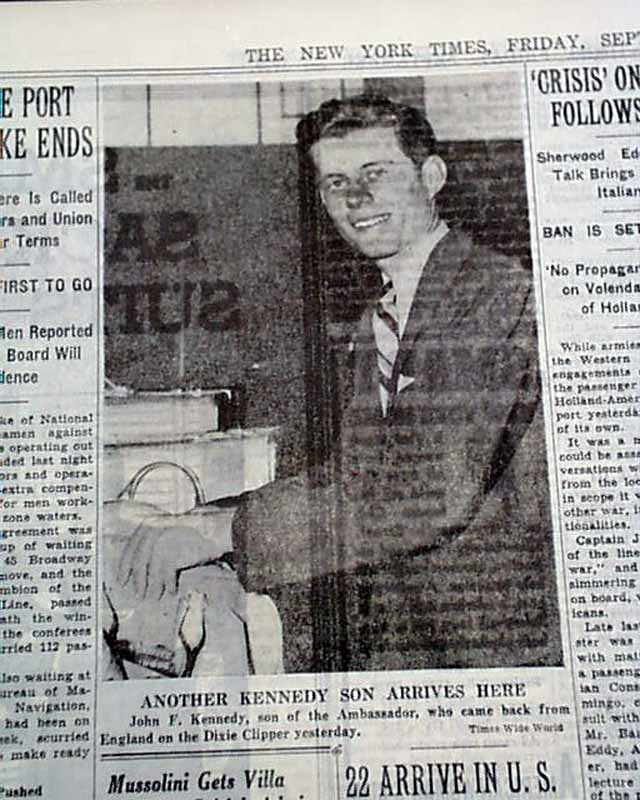 The top of page 10 has a two column photo showing a young John F. Kennedy with heading: "Another Kennedy Son Arrives Here" Also a one column heading: "22 ARRIVE IN U.S. ON DIXIE CLIPPER" with subhead: "George F. Eliot and a Son of Kennedy Are Among 18 Americans Aboard" Was this the earliest report re. JFK in a daily newspaper ?
Other news, sports and advertisements of the day. Complete with all 48 pages, rag edition in great condition.