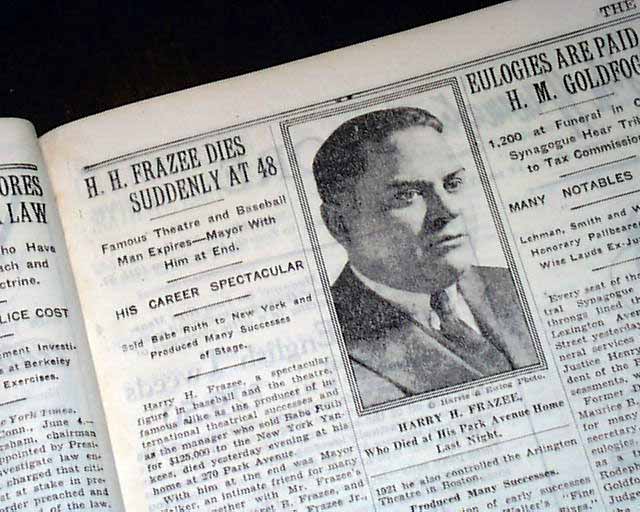 Page 29 has a one column heading: "H. H. FRAZEE DIES SUDDENLY AT 48" with subheads and photo. (see) 1st report coverage on the death of former Boston Red Sox owner Harry Frazee. He was known for selling Babe Ruth to the Yankees thus starting the Curse of the Bambino.
Other news, sports and advertisements of the day. Complete in 60 pages, rag edition in nice condition.