Home > Back to Search Results > Governor of Georgia responds to Sherman...
Click image to enlarge 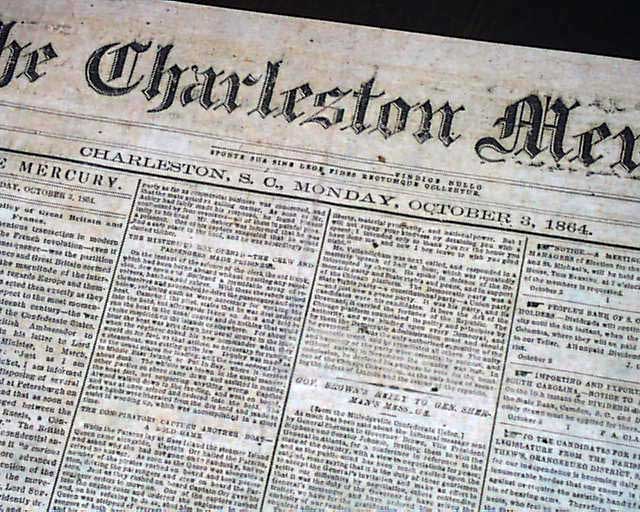 Governor of Georgia responds to Sherman...

* Rare title from the origin of the Civil War
* General William T. Sherman's march to the sea

Among the front page reports on the Civil War are: "Progress of the Fighting in Virginia" "Gov. Brown's Reply to Gen. Sherman's Message" "General Hardee Transferred to Charleston" "Letter From Richmond" and more.
Some war items on the back page but mostly taken up with ads including at least one for a runaway slave.
Complete as a single sheet issue, full banner masthead, bit of paper weakness affects very little, nice condition. From the closing months of the Civil War.