Home > Back to Search Results > Capture of New Orleans!...
Click image to enlarge 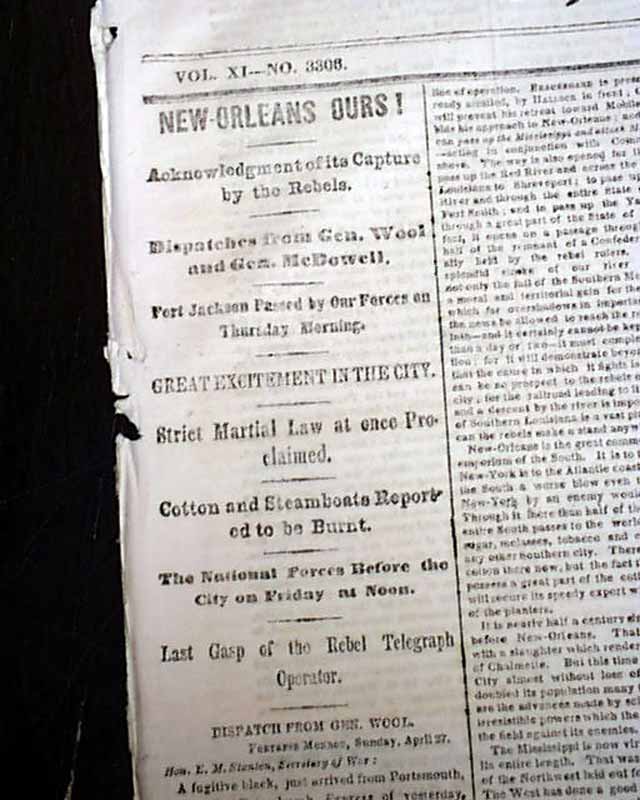 This issue reports one of the more significant events of the Civil War: the capture of New Orleans, the Confederate stronghold on the Mississippi. With this important event the northern forces were well on their way towards controlling the very strategic Mississippi River corridor.
The first column headlines include: "NEW ORLEANS OURS!" "Acknowledgment of its Capture by the Rebels" "Fort Jackson Passed by Our Forces on  Thursday Morning" "Great Excitement in the City" "Strict Martial Law at once Proclaimed" "Last Gasp of the Rebel Telegraph Operator" and more.
Plus, the front page features a very nice & detailed map headed: "THE CAPTURE OF NEW ORLEANS BY THE BUTLER EXPEDITION. Map Showing the Topography of New-Orleans & the Surrounding Country, with the Line of the Mississippi River from its Debouchure to the City."
The front page also has many other Civil War-related headlines. Civil War reporting continues on the inside and back pages as well.
Complete in 8 pages, bound a bit close at the spine margin, nice condition. 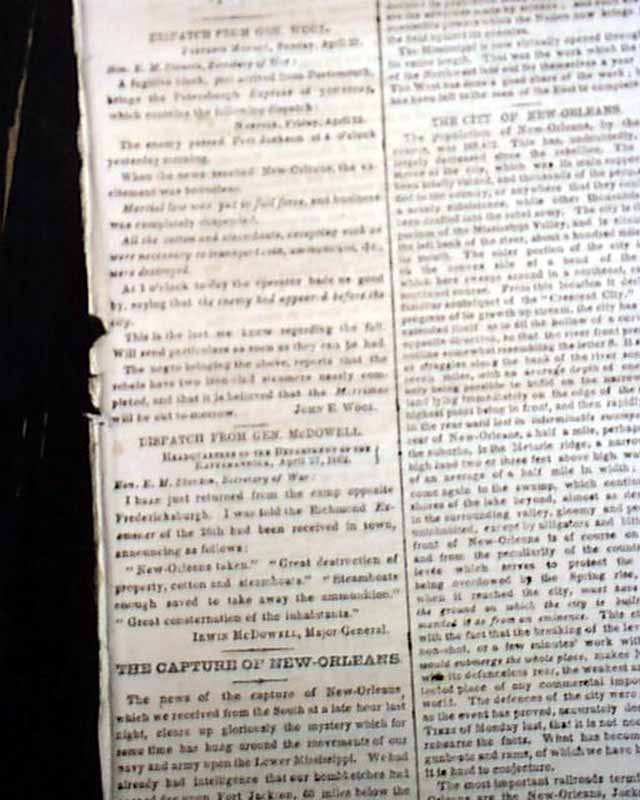 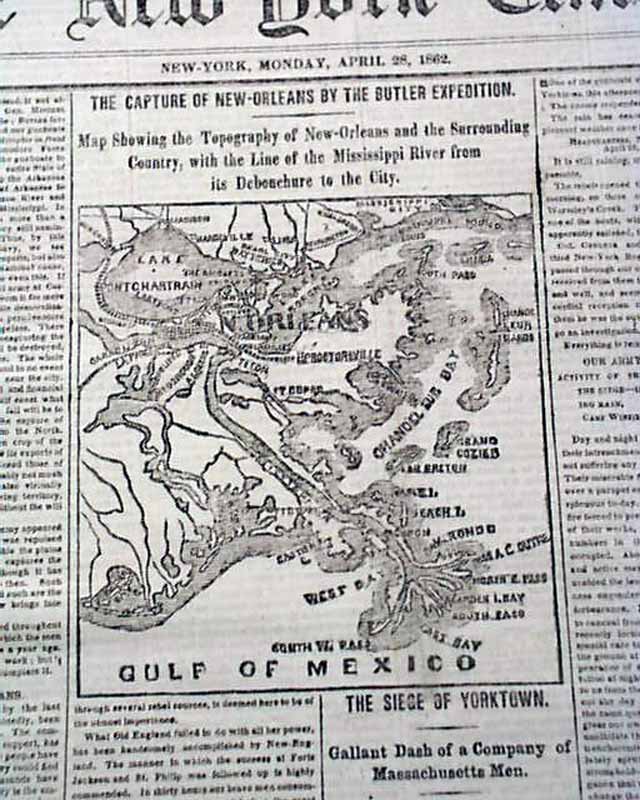 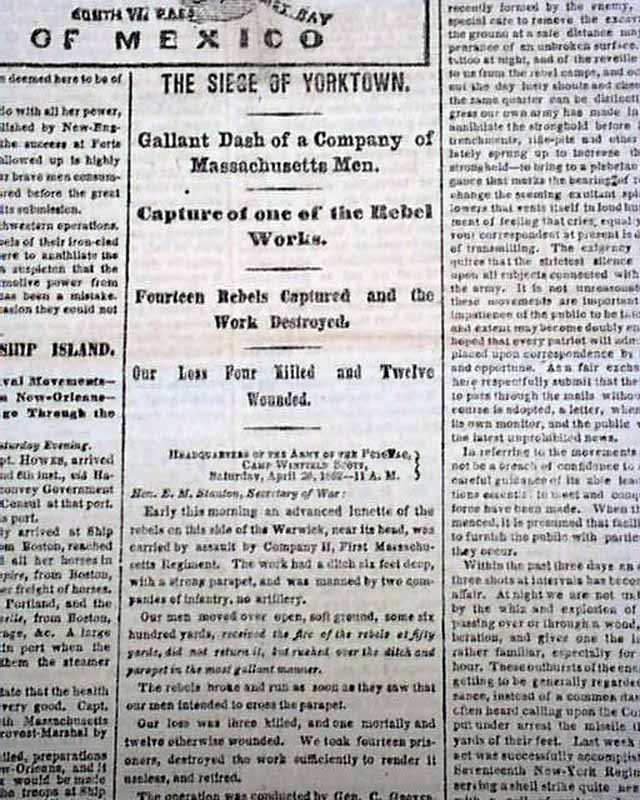 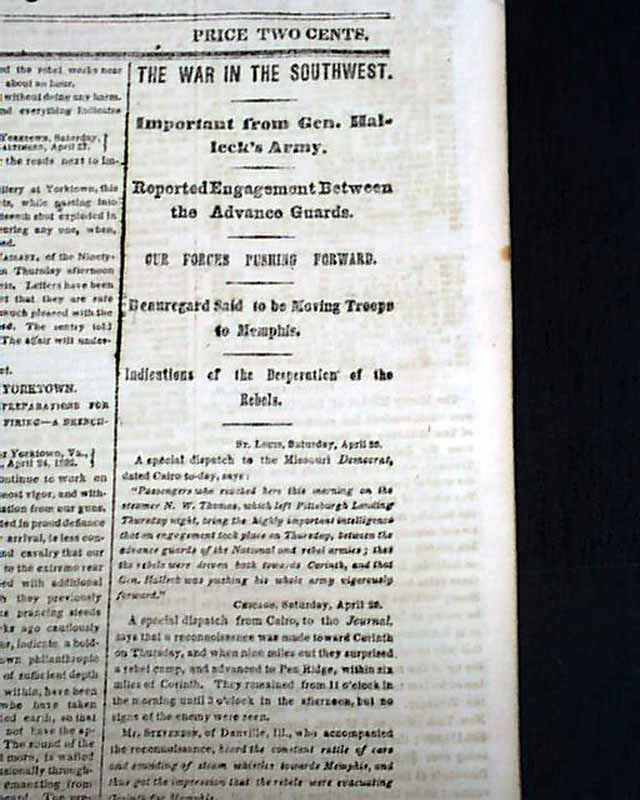 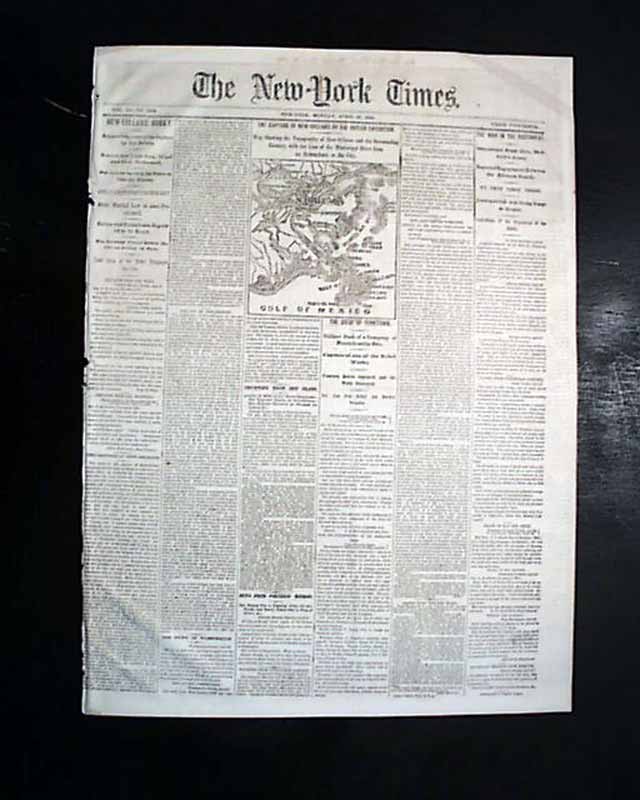 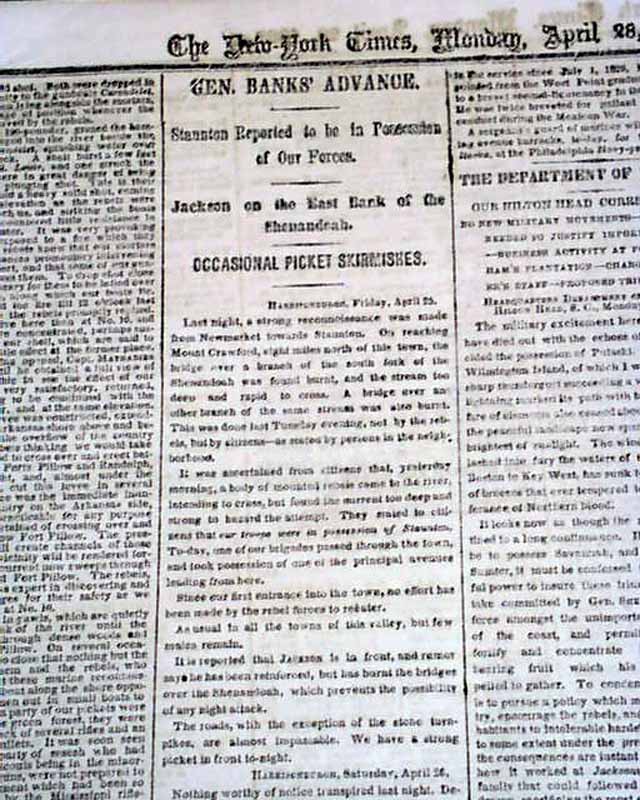