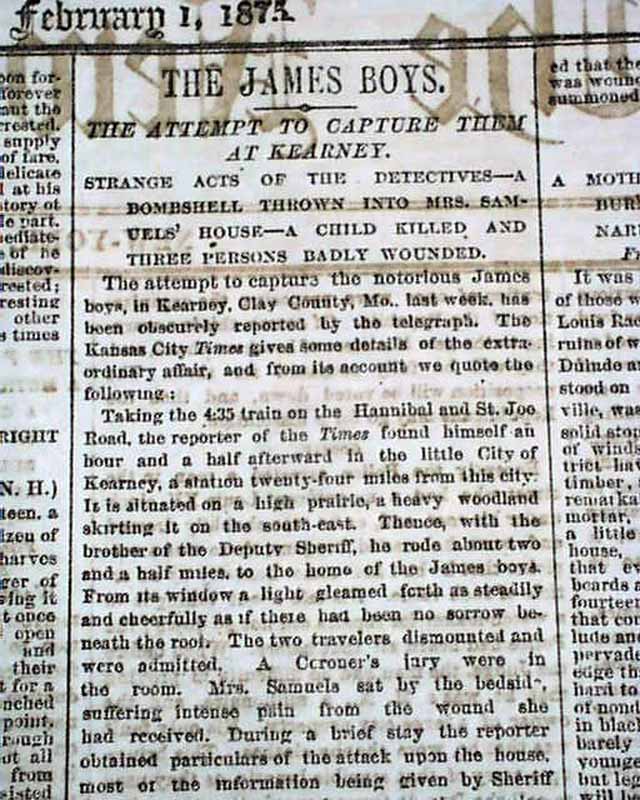 The top of page 2 has a rather lengthy & interesting article headed: "THE JAMES BOYS" "The Attempt To Capture Them At Kearney" with subheads: "Strange Acts of the Detectives--A Bombshell Thrown Into Mrs. Samuels' House--A Child Killed And Three Persons Badly Wounded". This article takes an entire column.
Believing they have members of the James gang penned-in, a team of Pinkerton agents shoot up the James family home in Kearney, Mo. The outlaws, however, were not home, and the detectives managed only to kill James' 9-year-old half-brother and to maim Zerelda James, the mother of Frank and Jesse.
This article has a wealth of detail of this tragic & mistaken assault upon the home of Jesse James' mother (see photos).
Complete with all 8  pages in very nice, clean condition.