Home > Back to Search Results > Washington and Howe, and more...
Click image to enlarge 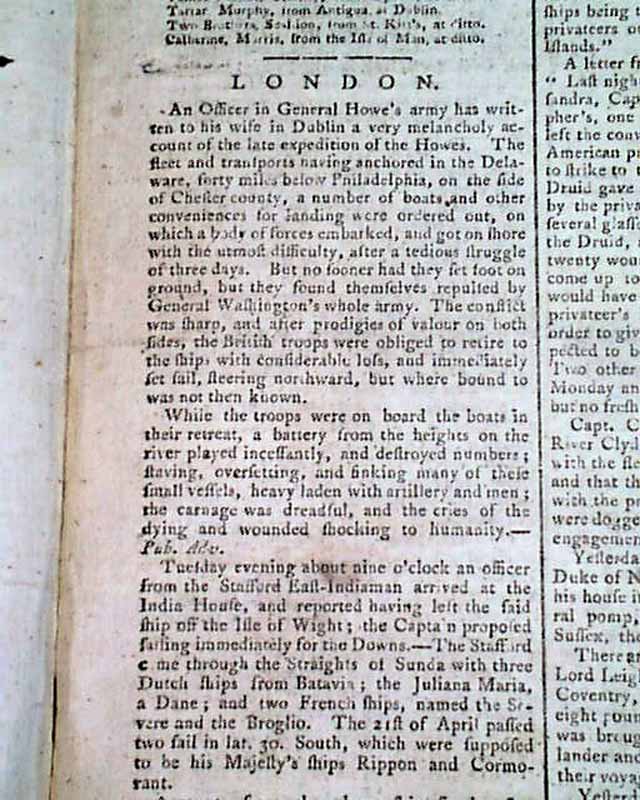 Washington and Howe, and more...

Page 3 has a report from London beginning: "An officer in General Howe's army has written to his wife in Dublin a very melancholy account of the late expedition of the Howes...found themselves repulsed by General Washington's whole army. The conflict was sharp & after prodigies of valour on both sides the British troops were obliged to retire to the ships with considerable loss...".
The back age has several editorial-type reports on the war including one "To Edmund Burke mentioning: "...your late declaration, think you a consistent advocate for the rights of America. You have publicly avowed your disapprobation of the American declaration of independence..." and much more.
Four pages, folio size, never-trimmed margins, red tax stamp on page 3, nice condition.