Home > Back to Search Results > Burgoyne fails to attack at Saratoga...
Click image to enlarge 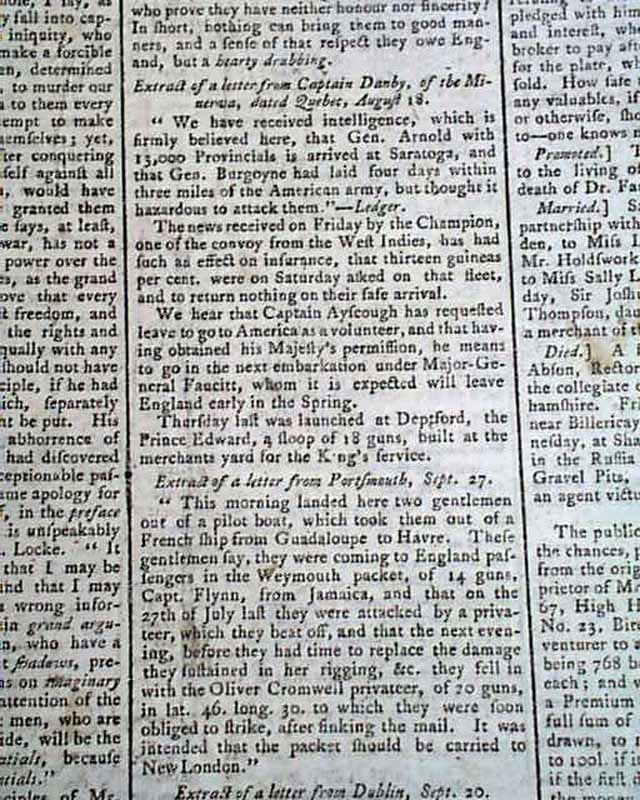 Burgoyne fails to attack at Saratoga...

The front page has a report noting: "...firmly believed here that Gen. Arnold with 13,000 Provincials is arrived at Saratoga and that Gen. Burgoyne had laid 4 days within 3 miles of the American army but thought it hazardous to attack them." On October 7 Saratoga would fall to Generals Arnold, Gates, and others.
Page 2 has over a half column letter signed in type: J. Burgoyne, dated July 30 from Fort Edward, concerning his military actions in that vicinity. Other American-related content on the back page.
Four pages, folio size, never-trimmed margins, red tax stamp on page 3, scattered foxing, nice condition.