Home > Back to Search Results > General Howe captured Boston and destroyed it?
Click image to enlarge 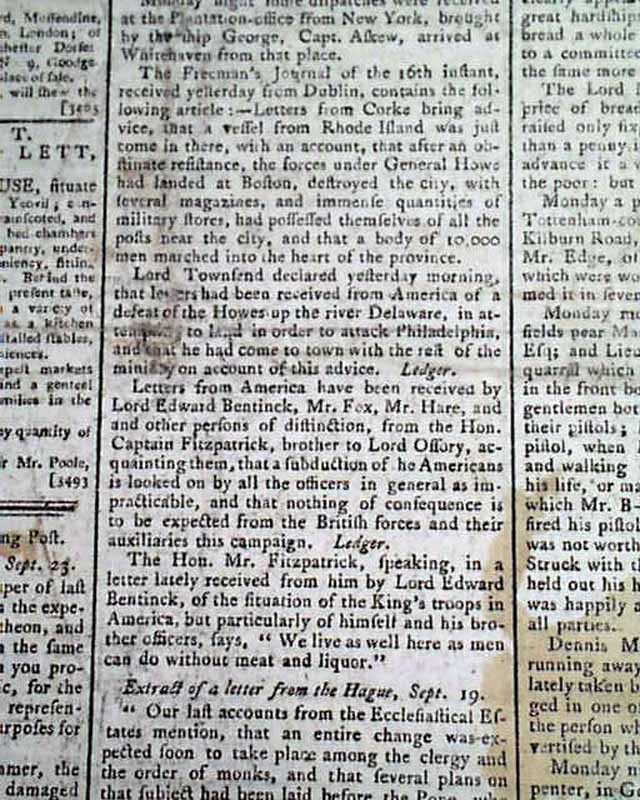 
THE LONDON EVENING POST, England, Sept. 25, 1777  The front page has a few items on the war in America including: "...the forces under General Howe had landed at Boston, destroyed the city...had possessed themselves of all the posts near the city, and that a body of 10,000 men marched into the heart of the province...letters had been received from America of a defeat of the Howes up the river Delaware in attempting to land in order to attack Philadelphia...".
Page 3 has a few items on the war as well.
The back page features a lengthy letter "To Lord George Germaine" which is very critical of the actions of General Howe in America (photos show only portions).
Four pages, folio size, never-trimmed margins, red tax stamp on page 3, nice condition.