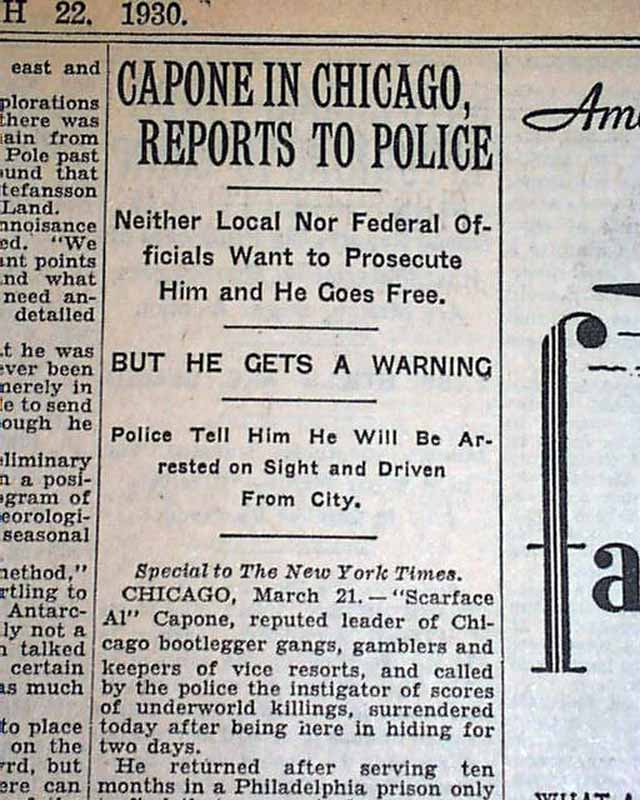 This 40 page newspaper has one column headlines on page 3 that include: "CAPONE IN CHICAGO REPORTS TO POLICE" "Police Tell Him He Will Be Arrested on Sight and Driven From City" and more. See images for 1st report coverage on Al Capone turning himself in to Chicago police after returning to the city from a 10 month prison sentence in Philadelphia. He would never again be able to present himself in public on the Chicago streets. His final arrest would come about a year later.
Other news, sports and advertisements of the day throughout. A little irregular along the spine, otherwise nice.