Home > Back to Search Results > Death of actor/dancer Danny Kaye, in a Los Angeles newspaper...
Click image to enlarge 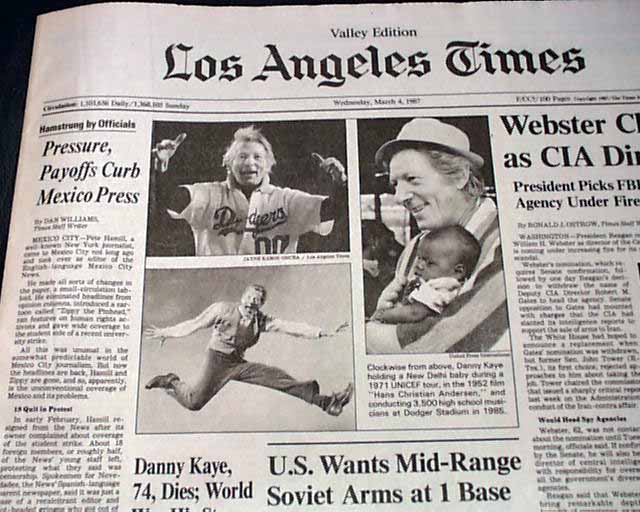 Death of actor/dancer Danny Kaye, in a Los Angeles newspaper...

The top of the front page features three photos of iconic film star & dancer Danny Kaye,  beneath which is a one column heading: "Danny Kaye, 74, Dies; World Was His Stage". The article carries over to take a third of page 23.
Great to have this report not only in a newspaper from the capital of the entertainment industry, but also from the city where he lived & died.
The complete first section with pages 1-26, very nice, clean condition.