Home > Back to Search Results > Why England should quit the war in America...
Click image to enlarge 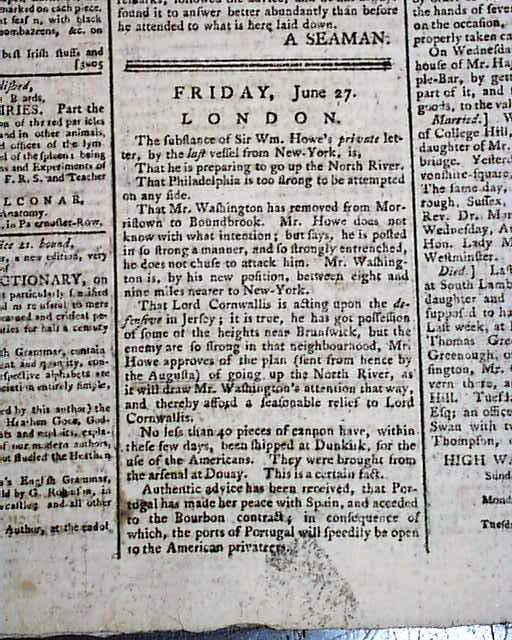 Why England should quit the war in America...

The ftpg. has some news items including: "...That Philadelphia is too strong to be attempted on any side. That Mr. Washington has removed from Morristown to Bound Brook...Mr. Washington is, by his new position, between 8 and 9 miles nearer to New York. That Lord Cornwallis is acting upon the defensive in Jersey..." with more.
One-quarter of page 3 is taken up with a fine letter critical off the British in America, a few bits including: "The situation of this country becomes every day more & more critical...and the American war, instead of opening to us in its progress, any prospect of success any prospect of success only discovers ...the impolicy & inexpediency of our endeavours...unfortunately we cannot...remedy the mischiefs that have been committed in America or recover any dominion over that extensive continent, we may prevent the further increase of the evil by instantly terminating the war...The Congress of America...have published to the world...their determination with the reasons which induced them to dissolve the bands of union with their mother state..." and much, much more, carrying over to take one-third of page 2 as well. Photos show only portions.
The back page has additional reports in a letter from Philadelphia.
Four pages, folio size, never-trimmed margins, red tax stamp on page 3, very nice condition. 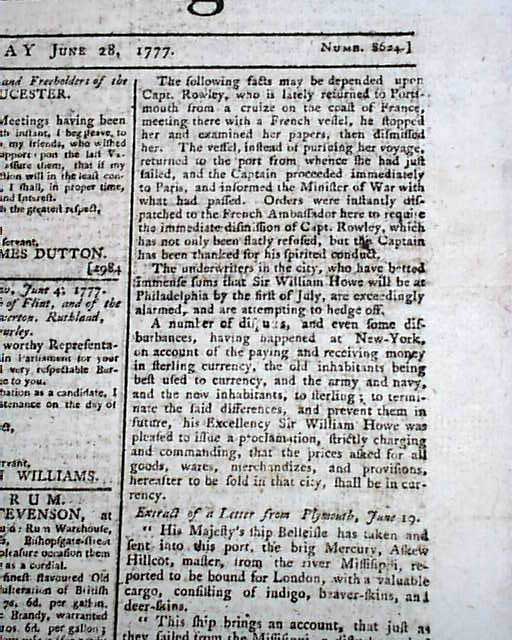 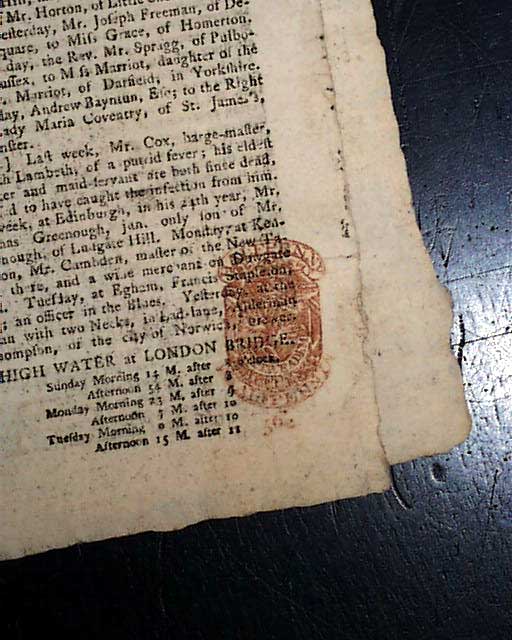 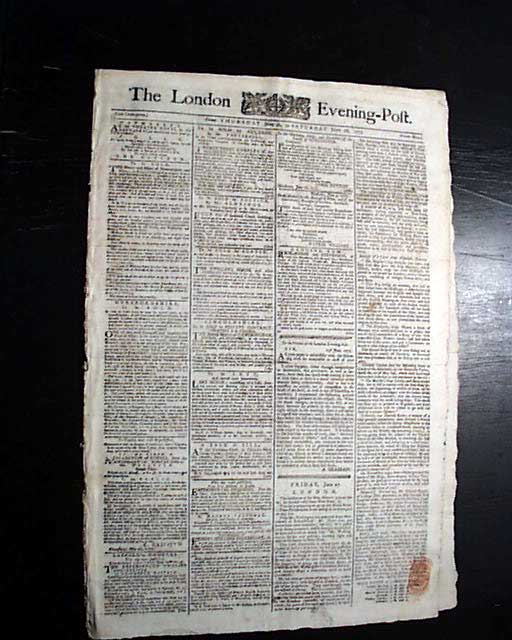 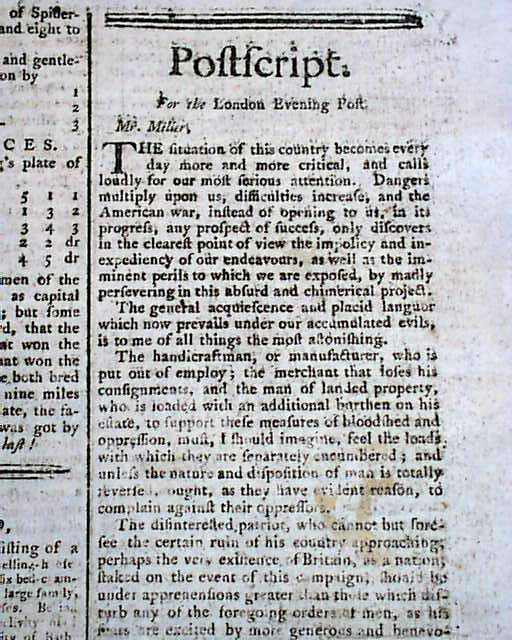 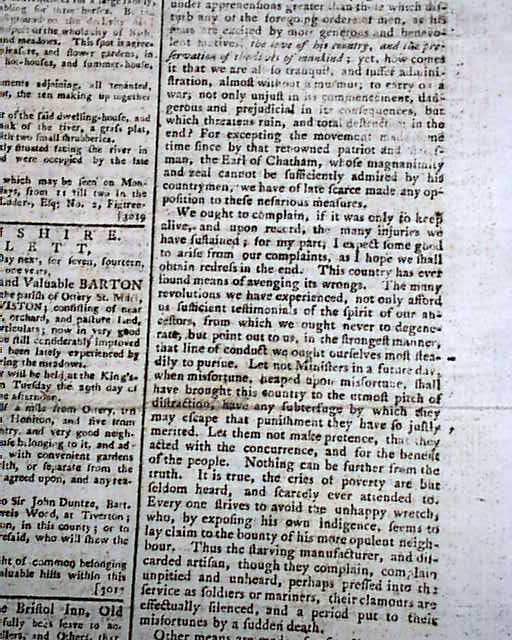 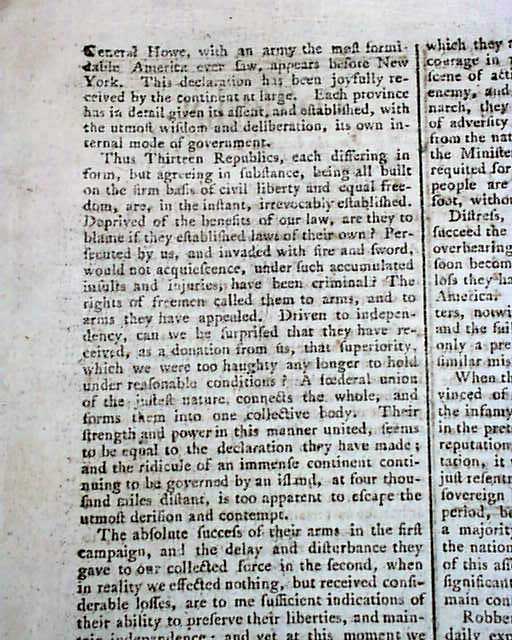 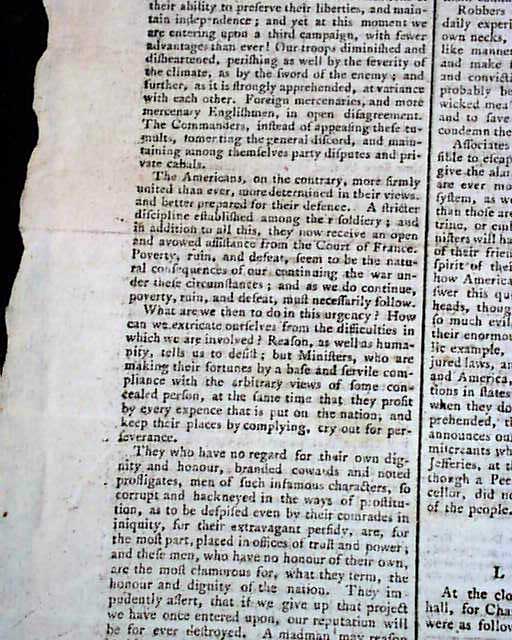 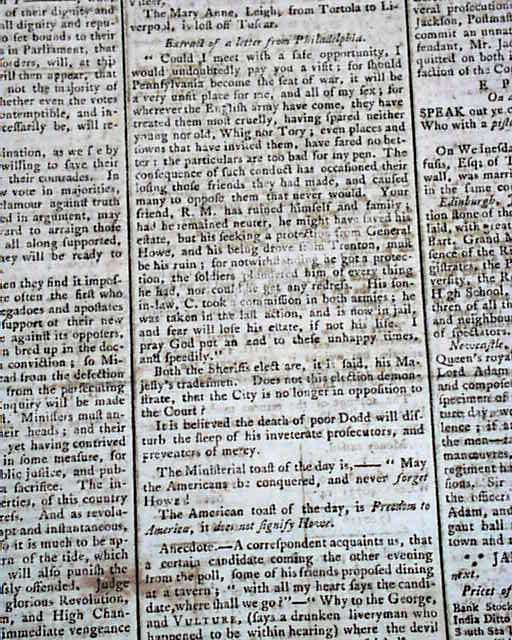