Home > Back to Search Results > Liberation of Warsaw, Poland by the Russians...
Click image to enlarge 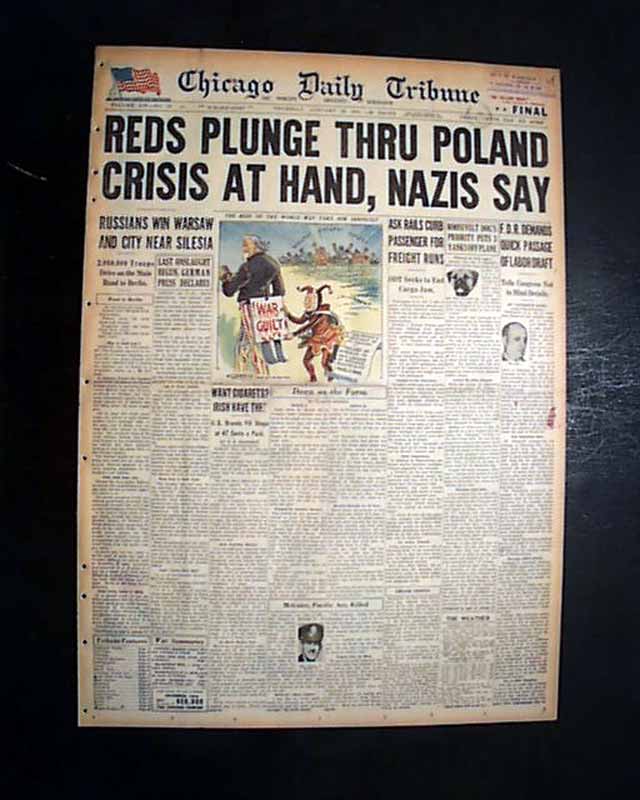 Liberation of Warsaw, Poland by the Russians...

* Liberation of Warsaw Poland by the Russians

The front page has a banner headline: "REDS PLUNGE THRU POLAND" with subheads that include: "RUSSIANS WIN WARSAW AND CITY NEAR SILESIA" and more. (see) Nice for display. Related map on the back page. (see)
Complete with all 26 pages, light toning at the margins, small library stamp within the masthead, small binding holes along the spine, generally nice.

wikipedia notes: On January 17, 1945 - after the beginning of the Vistula–Oder Offensive of the Red Army - Soviet troops entered the ruins of the city of Warsaw, and liberated Warsaw's suburbs from German occupation. The city was swiftly taken by the Soviet Army, which rapidly advanced towards ÅódÅº, as German forces regrouped at a more westward position.