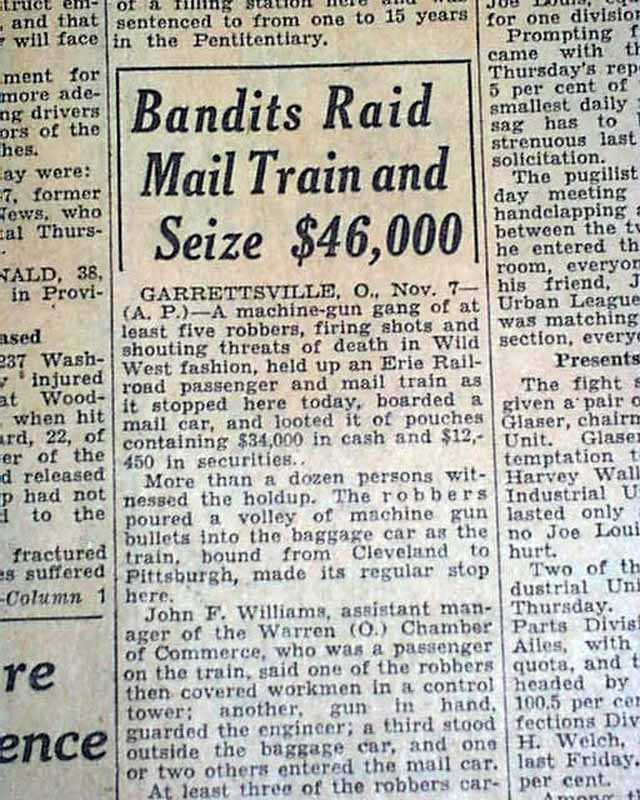 The front page has a one column heading: "Bandits Raid Mail Train and Seize $46,000" Karpis was member of the Ma Barker Gang, and was Public Enemy No. 1 at the time.
Thirty-two pages, light toning, some margin wear, mainly along the bottom margin, otherwise good.

wikipedia notes: In November, 1935, Alvin Karpis robbed a train in Garrettsville. Karpis was a member of Ma Barker's gang, and was assisted in the robbery by gang member Harry Campbell and at least one other accomplice. Karpis and his gang stole $30,000, and obtained a private airplane to escape to Hot Springs, Arkansas. Karpis was eventually convicted of his crimes, and was imprisoned at Alcatraz longer than any other inmate.