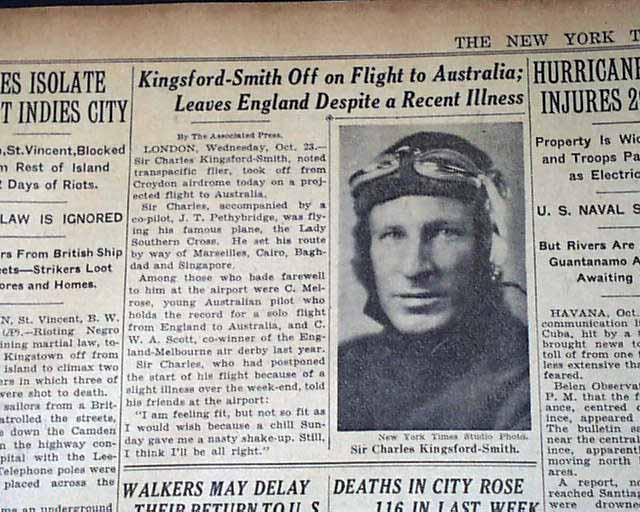 The top of page 3 has a two column heading: "Kingsford-Smith Off on Flight to Australia; Leaves England Despite a Recent Illness" with photo. (see) See below for more information.
Other news, sports and advertisements of the day. Complete in 44 pages, light toning at the margins, nice condition.

wikipedia notes: Sir Charles Kingsford Smith and co-pilot John Thompson "Tommy" Pethybridge were flying the Lady Southern Cross overnight from Allahabad, India, to Singapore, as part of their attempt to break the England-Australia speed record held by C. W. A. Scott and Tom Campbell Black, when they disappeared over the Andaman Sea in the early hours of 8 November 1935. Despite a brave search for 74 hours over Bay of Bengal by test pilot Eric Stanley Greenwood OBE their bodies were never recovered.