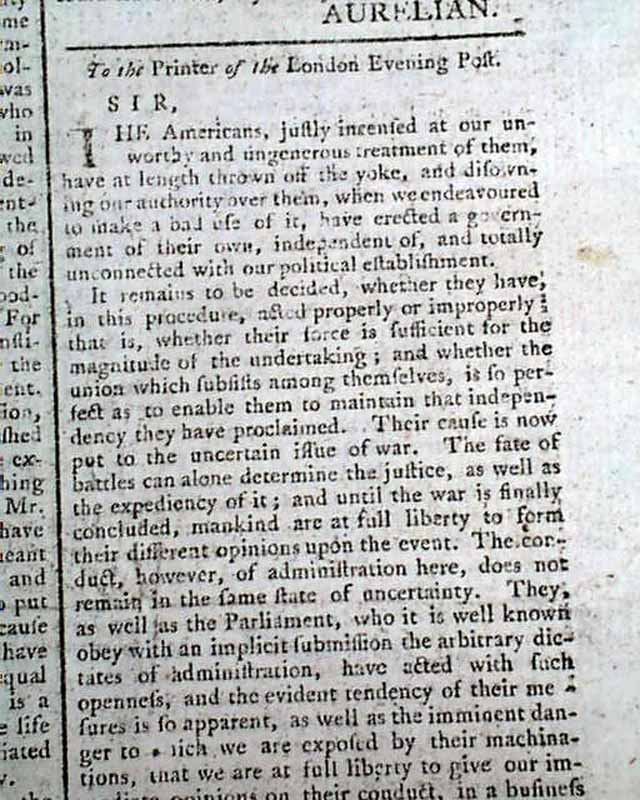 Pages 3 and 4 have two lengthy, editorial-style letters reflecting on the Revolutionary War, most thoughts being critical of England's management of it.
The first begins: "The Americans, justly incensed at our unworthy & ungenerous treatment of  them, have at length thrown off the yoke, and  dissolving our authority over them when we endeavoured to make a bad use of it; have erected a government of their own, independent of & totally unconnected with our political establishment..." and much more on this thought.
The other contains: "...In all the movements of Washington we perceive the most consummate wisdom and coolness...that the Americans will fight: Or how comes it to pass that a thousand of our troops are slaughtered? it is very evident that our army dare not march far into the country...If they continue to march with like success before General Howe could reach Philadelphia, he would lose the greatest part of his army..." and much more fine content.
Four pages, never-trimmed margins, red tax stamp on page 3, very nice condition.