Home > Back to Search Results > Battle of White Plains... Franklin in France...
Click image to enlarge 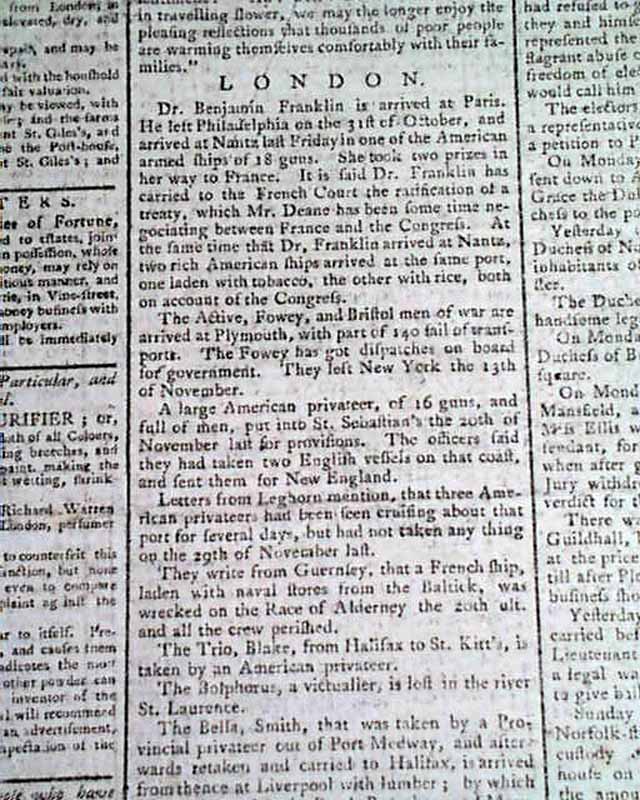 The front page has a report noting: "Dr. Benjamin Franklin is arrived at Paris. He left Philadelphia on the 31st of October & arrived at Nantz last Friday in one of the American armed ships of 18 guns...is said Dr. Franklin has carried to the French Court the ratification of a treaty, which Mr. Deane has been some time negociating between France and the Congress...". Indeed, within 14 months a significant treaty of assistance would be signed between America and the French.
Page 3 has several nice accounts of the military events just above Manhattan, New York.
The back page has some nice American content as well, one bit noting; "It is generally believed...that the account of the Americans flying before the King's troops is a fiction...". They some nice reports from the New York Gazette including some details of the historic Battle of White Plains, and then some items concerning events near Quebec.
Four pages, never-trimmed margins, red tax stamp on page 3, very nice condition.