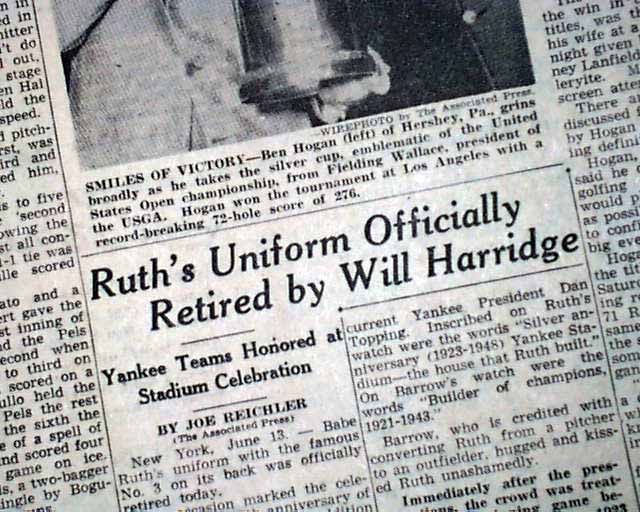 The sport's section (page 19) has a two column heading: "Ruth's Uniform Officially Retired by Will Harridge" with subhead. (see) First report coverage on Babe Ruth's final farewell at Yankee Stadium on it's 25th anniversary. He would die a few months later of cancer.
Other news, sports and advertisements of the day. Complete with all 39 pages, light toning at the central fold, some spine wear, generally in good condition.